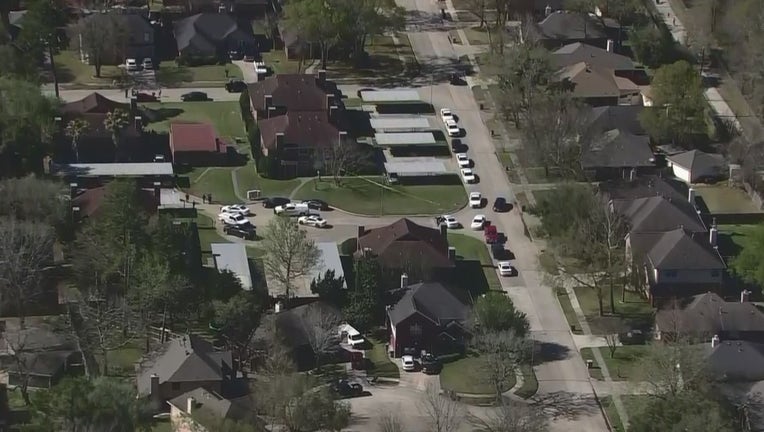 HOUSTON - A man has been found shot to death in north Harris County, and his killer is on the run.

Sheriff Ed Gonzalez says Precinct 4 units responded to a shooting in the 21500 block of Old Ranch Rd. Tuesday at 3 p.m.

Constable deputies found a 42-year-old Black man with several gunshot wounds. He was pronounced dead at the scene.

Investigators say a suspect arrived at the location in what they believe is a black four-door Audi. The suspect immediately approached the victim and shot him.

The male suspect then drove away from the scene and several other residents on the street saw the man leave.

Investigators say a fight between several individuals in a parking lot during a birthday party celebration turned deadly, where four teenagers were shot.

Officials say the suspect was only the on scene for a couple of minutes, so it's unknown if he knew the victim or if this was some type of robbery attack.

The suspect is described as a younger, either light-skinned Black male or Hispanic male between 20 and 30 years old.

Investigators are interviewing witnesses and reviewing video footage from several homes that have cameras in the area.