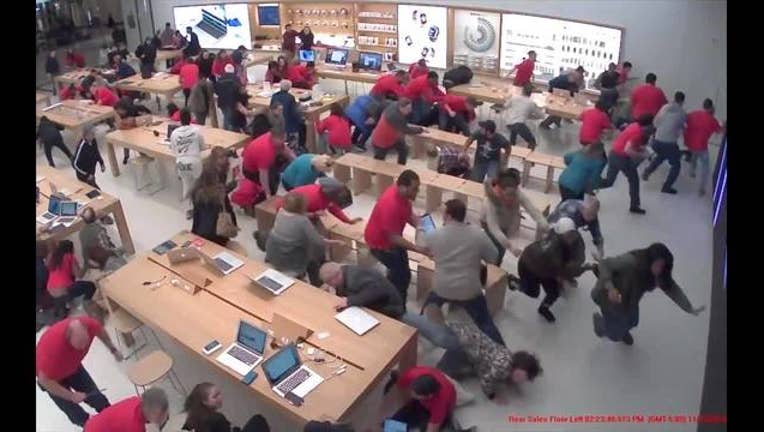 NEW YORK CITY, NY - Tasheem Maeweather, 20, was sentenced to 3 1/2 to 7 years in prison on June 23 for firing a shot in a crowded New York mall during the Christmas shopping season last year.

Surveillance video provided by New York State Police shows shoppers in the Crossgates Mall Apple Store scrambling for cover when the shot rang out just outside the store. At the time, police said the incident was sparked by an argument between two men and was gang-related.

Maeweather, who was on probation for a drug conviction at the time, was arrested two days after the incident and held without bail after witnesses identified him as the shooter. Earlier, he was sentenced to nine years for violating his probation.

Maeweather maintained his innocence throughout the trial. His lawyer argued that he was mistakenly identified and that police did not pursue any suspects.