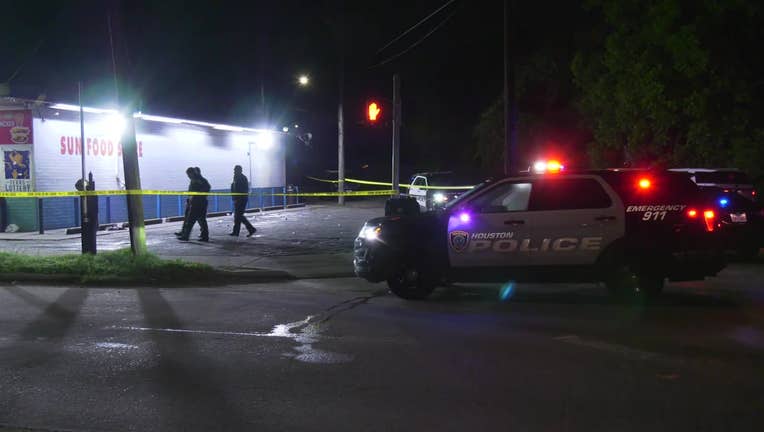 Houston police say a man was shot outside of a store on Lockwood.

HOUSTON - Police are investigating the deadly shooting of a man outside of a store in northeast Houston.

Officers responded to the scene in the 6700 block of Lockwood Drive around 10:30 p.m. Sunday.

When officers arrived, they found a wounded man lying outside in front of the store.

He was taken to the hospital, where he was pronounced deceased.

Police say there was reportedly a disturbance between the man and another person, and at some point, shots were fired.

The suspect fled the scene. No description of the suspect has been released.