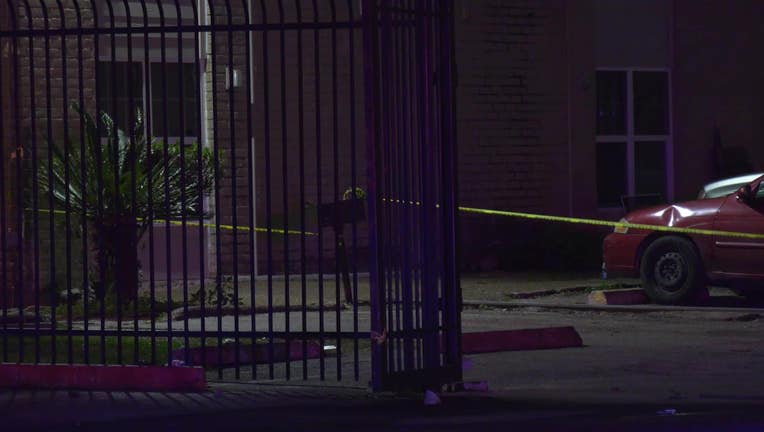 The Houston Police Department investigates a shooting in the 5400 block of Broadway Street.

HOUSTON - Police are investigating the deadly shooting of a man in the parking lot of an apartment complex in southeast Houston.

Officers responded to the shooting in the 8400 block of Broadway Street around 8:50 p.m. Sunday.

According to police, the man may have been involved in a physical altercation earlier in the day and then left the location.

As he returned later, police say he got out of his car, was approached by a male suspect and was shot.

Authorities say the suspect fled the scene on foot.

Homicide investigators responded to the scene. The investigation is ongoing.