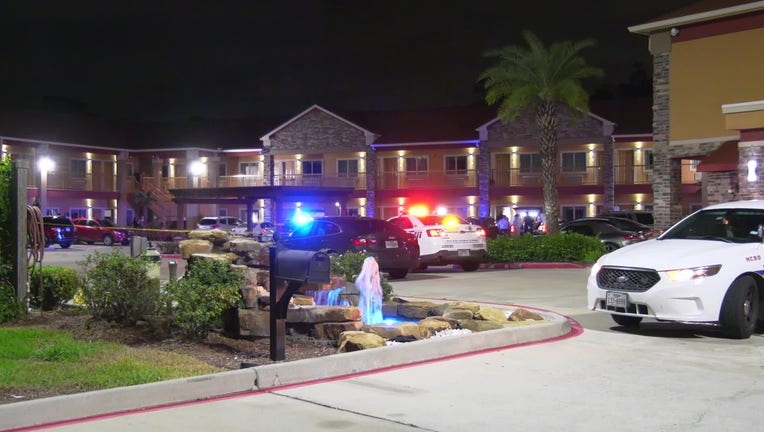 The Harris County Sheriff's Office investigates a deadly shooting at a motel along the North Freeway near Greenforest Drive.

The sheriff’s office is investigating the deadly shooting of a man at a motel in northwest Harris County.

The shooting was reported around 8:18 p.m. Sunday in the 19000 block of the North Freeway near Greenforest Drive.

Authorities arrived at the scene and found a man, believed to be 35-40 years old, with multiple gunshot wounds. He was pronounced deceased.

According to HCSO, witnesses told deputies they saw a black male with a slender build, 5’7"-5’8" tall, running from the room where the man was shot. He was reportedly wearing a black hoodie, dark denim jeans, white athletic shoes and a face covering.