A man was detained after Long Beach police were in pursuit of a suspected stolen vehicle during rush hour Thursday morning.

The pursuit began on the westbound 91 Freeway, before moving to the southbound 710 Freeway and then over the Vincent Thomas Bridge toward San Pedro.

The suspect continued into an alley in a residential area where he ditched the vehicle and went into a yellow house near the intersection of Gaffrey and First streets. 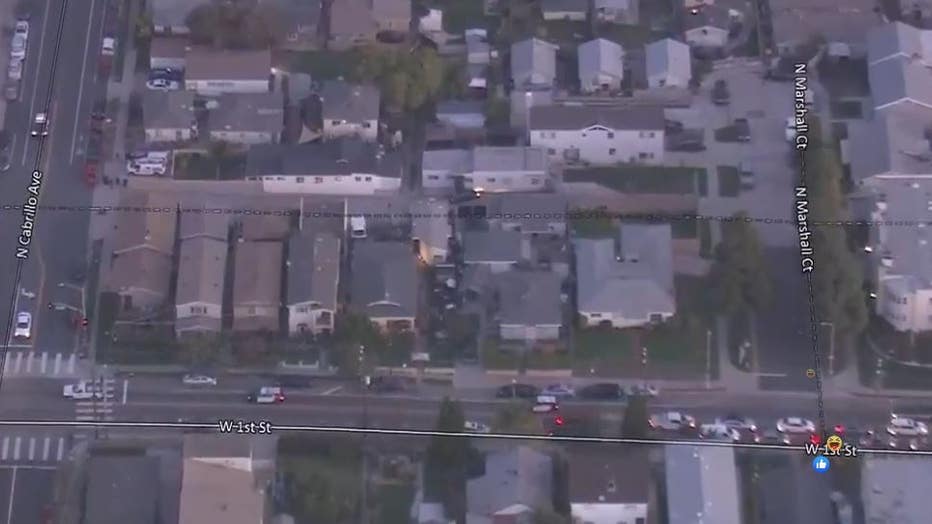 Police set a perimeter around the home before a man who appeared to be the suspect exited the home in house slippers with his hands up to surrender.

It is known if anyone else was inside the home during the incident.

The man was detained, but officials have not confirmed if he was the same man involved in the pursuit.