Man arrested for Pasadena home invasion; suspect might be linked to murder

Police say they believe a man they arrested for a home invasion in Pasadena may be connected to the murder of a woman.

Pasadena - Pasadena police say 35-year-old Gilbert Viera is in jail for a violent home invasion on Thursday morning and could be linked to other crimes in the area. Police have named him a person of interest in the murder of a 70-year-old woman, Patrice Ward.

Viera reportedly broke into a home on the 1600 block of Harris Avenue. Police say he used a tire iron to assault a husband and wife. The husband was able to fight off Viera. Viera fled with the victims' car. Police say Viera left a gun behind at the victims' home.

The husband was taken to the hospital for his injuries. He is expected to recover. The family says they did not know Viera.

Police say they located the victim's car at a unit at Willow Oaks Towhomes -- less than half a mile away from the crime scene. Police say they saw a trail of blood near the back door of the residence. Viera was arrested without incident. 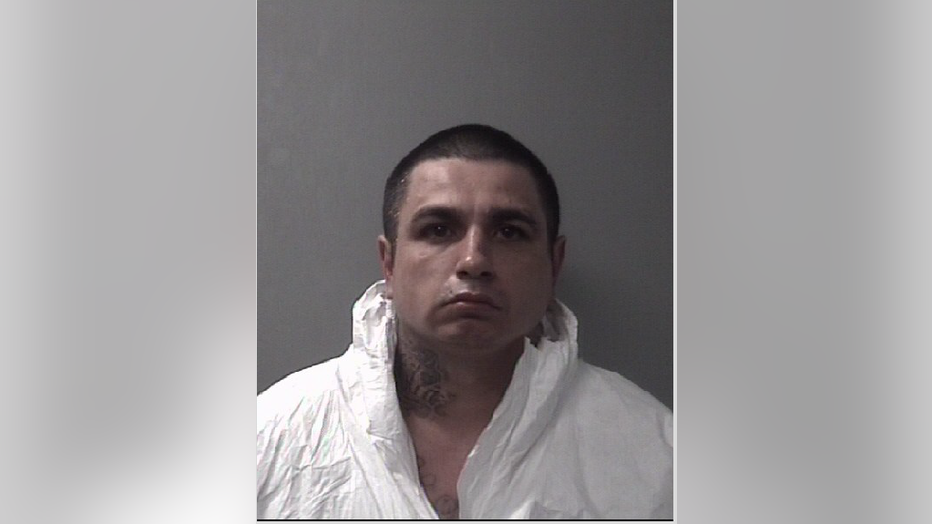 Investigators say the gun Viera left behind was one of two guns stolen from Ward's home. Ward was found dead inside her home on Tuesday morning.

Ward also lived at Willow Oaks Townhomes. She was a few doors down from where police arrested Viera.

"We went to church together. We were firends, and it's very difficult because I wake up at night and I can't sleep anymore," said Ward's neighbor who did not want to be identified.

She notes Ward was known to keep her door unlocked and friendly to everyone.

Police are still trying to determine Viera's motive. They add Viera had only been out of jail for a few months after completing a four year sentence for burglary.

Viera is currently charged wtih aggravated assault and burglary of a habitation with the intent to commit a felony.