Arrest made in vicious robbery at Houston tire shop

FOX 26 Reporter Gabby Hart has more after an arrest was made following a brazen daytime robbery at a Houston tire shop that was caught on camera.

HOUSTON - The man accused of pistol-whipping a tire-shop employee during an armed robbery in Houston has been arrested.

The shocking video of the armed robbery gained thousands of views and led to dozens of people calling in tips to law enforcement. It’s thanks to one of those tips that he’s now behind bars.

FOX 26 Reporter Tiffany Justice has more after a violent robbery was caught on camera at an auto body shop in Houston.

"I think if every business and home had cameras, it’s at least a deterrent or a way to find results and peace," said Myke Hasting, Owner of EntireX.

Hastings can finally breathe a sigh of relief knowing the suspect who pistol-whipped his brother and put a gun to his wife’s head is finally behind bars.

The robbery happened on March 29, Hastings shared video with FOX 26 in hopes someone would recognize the violent suspect and turn in him.

Harris County deputies followed one of the leads they received, and this week, they arrested 20-year-old Andrew Garza. 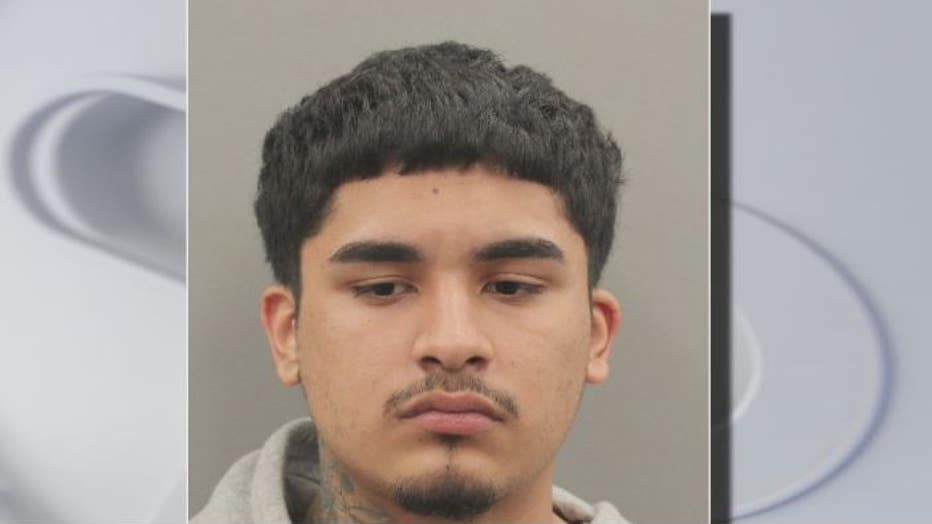 "I think it’s amazing, because when we see darkness like this in our community, it’s good to see enough light shine through to overcome that," said Hastings.

Garza is charged with two counts of aggravated robbery with a deadly weapon and more charges could follow. The two accomplices he had with him are still on the loose.

Hastings says he’s thankful for how quickly law enforcement worked to get this suspect off the streets.

"People watching the news know how much the police force is going through, from Harris County to HPD, they’ve been going through a lot of difficult times and suffering loss. So to still come through, I think that says a lot," Hastings said.

Now he hopes the justice system will make sure the suspect stays behind bars, so he’s not able to victimize anyone else.

"There’s definitely still concern for repercussions or retaliation if he does bond out. And I think that’s the concern, if he can bond out within three to five days after being in there, that shows our justice system needs help, and it gives us a reason to be fearful," Hastings said.

Garza had a probable cause hearing at 10 p.m. on April 7. He's set to appear back before a judge Friday morning for a preliminary hearing.