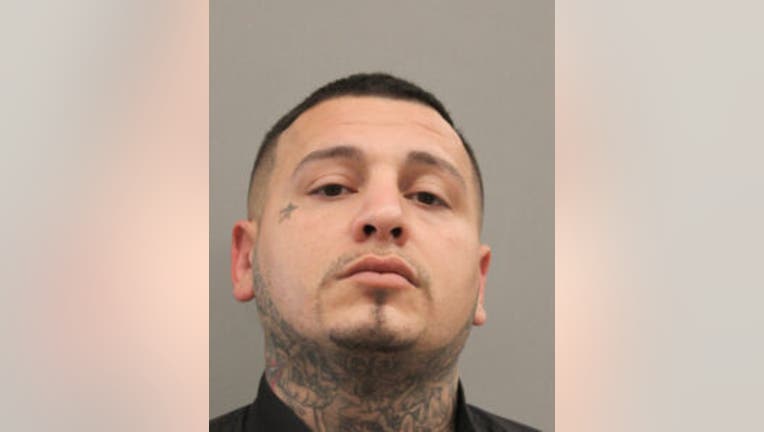 HOUSTON - A man accused of firing shots through his windshield at Houston police officers is facing multiple charges.

Anthony J. Garcia, 34, is charged with two counts of attempted capital murder of a police officer, felony evading arrest in a motor vehicle and felon in possession of a weapon, officials say.

The police department says officers returned fire and shot Garcia, who remains hospitalized with non-life-threatening injuries. No officers were injured.

The incident occurred around 1 a.m. Thursday in the 4500 block of Bingle Road.

Police say the uniformed officers were riding in a marked patrol vehicle and saw a suspicious vehicle in a location known to them for narcotics activity.

Houston police say a suspect is expected to survive after he was shot in an exchange of gunfire with officers. (NOTE: This report was prior to the suspect being identified.)

Officers began to follow the vehicle through a neighborhood. Police say the vehicle, driven by Garcia, picked up speed and failed to stop at multiple stop signs so officers activated their emergency equipment.

According to police, Garcia refused to stop, and a pursuit ensued until the suspect’s vehicle spun around and stopped facing the police vehicle.

Police say the suspect, armed with a "VSKA AK-style pistol", began to fire multiple shots through his windshield into the officers’ front windshield.

The officers returned fire and then approached the suspect vehicle, giving commands for the driver to raise his hands, according to HPD.

Police say the suspect complied, and the officers took him into custody and rendered first aid.

He was taken to the hospital with multiple gunshot wounds and was last reported to be in stable condition.

According to HPD, Garcia was out on parole and wearing an ankle monitor at the time of the incident.

The police department identified the officers who discharged their weapons at J. Ready and C. Wade. They were sworn in December 2018 and December 2019, respectively, and are assigned to the North Patrol Division.