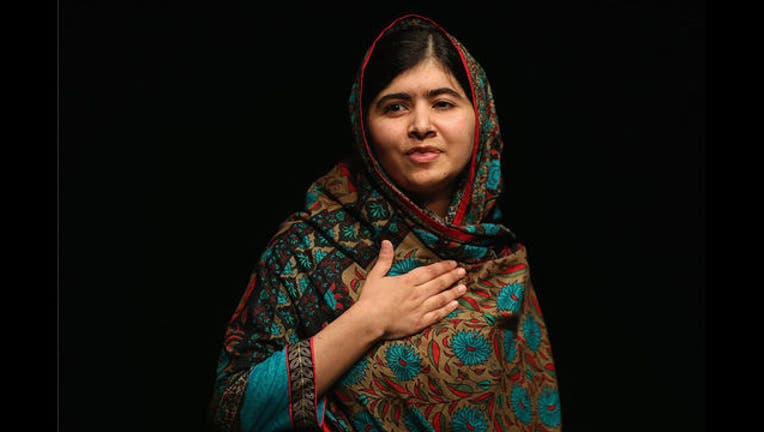 BIRMINGHAM, ENGLAND - OCTOBER 10: Malala Yousafzai speaks during a press conference at the Library of Birmingham on October 10, 2014 in Birmingham, England.. (Photo by Christopher Furlong/Getty Images)

No one was wounded in the attacks early Friday as the buildings were closed at the time. Police have yet to arrest any suspects, but local police chief Mohammad Ajmal said his forces were working with intelligence agencies and questioning individuals with links to militant groups.

Yousafzai tweeted about the attack, saying "extremists have shown what frightens them most - a girl with a book." Yousafzai, 21, was shot and wounded by the Pakistani Taliban in 2012 for promoting girls' education.

Imran Khan, who is expected to become the next prime minister after his party won the most seats in last month's elections, also condemned the attack on the schools and vowed to improve security once he takes office.

Human Rights Watch, a New York-based advocacy group, called on Pakistan to take urgent measures to make schools safer and to fairly prosecute those responsible for such attacks.