Juliette Gordon Low founded the Girl Scouts, which went on to become one of the largest and most successful organizations for girls worldwide.

NEW YORK (AP) - Philanthropist MacKenzie Scott donated $84.5 million to Girl Scouts of the USA and 29 of its local branches, the 110-year-old organization said Tuesday, calling it a vote of confidence.

"Her support of our organization means honestly just as much as the donation," Sofia Chang, CEO of GSUSA, said in an interview.

It's the largest donation the Girl Scouts have received from an individual since their founding in 1912, she said. The funds will help the organization recover from the impact of the pandemic, which drove down membership. The Girl Scouts plan to support volunteers and staff, make camp properties more resistant to the impacts of climate change, improve science and technology education for youth members and develop diversity and inclusion programming to make their troops more accessible.

The Girl Scout council in Southern Arizona decided to use the $1.4 million it received from Scott to elevate the work they are already doing rather than to start a new program or initiative, said its CEO Kristen Garcia-Hernandez.

"We are a small council and we’re certainly not in a major metropolitan hub. So for us, gifts of this magnitude don’t come around very often," Garcia-Hernandez said.

The gift accelerates their plan to hire more staff to reach most places in the seven counties they serve in under an hour and provide programming year-round. The council will also outfit a van as a mobile science and technology classroom, a project they have tried to fund for a year and a half. Many local funders seem to think that the Girl Scout’s cookie sales cover their expenses, she said.

"While the cookie program sustains us certainly and it’s wonderful and the girls are part of that process, which makes it even more beautiful, we certainly need more from the community," Garcia-Hernandez said. 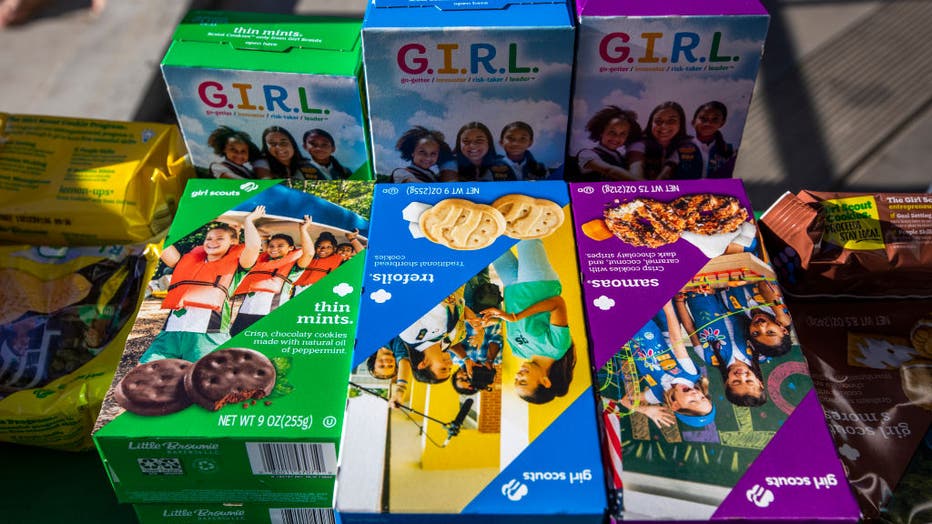 Philanthropic giving to organizations that specifically serve women and girls represents less than 2% of all donations, according to a research project of the Women’s Philanthropy Institute at Indiana University’s Lilly Family School of Philanthropy. The institute found that proportion has not changed significantly between 2012 and 2019, the years the study has tracked.

"Those are the types of things that have the potential to change that number," she said.

The institute partnered with Pivotal Ventures, the investment firm founded by French Gates, and others to promote giving to women and girls on the International Day of the Girl, marked on Oct. 11 each year. It also shares its giving data in the hopes that donors or researchers will use it as one way to evaluate gender equity in donations.

Scott communicates infrequently about her giving, which has totaled around $12 billion since 2019. She has donated large, unrestricted grants to many different kinds of organizations, though her gifts have had a special focus on racial equity. Scott also made a blockbuster $275 million gift to the Planned Parenthood Federation of America and its affiliates this year.

In September, Scott filed for divorce from her second husband, Dan Jewett, whose profile was also removed from website of The Giving Pledge, a group that asks billionaires to give more than half their wealth away in their lifetimes. The former couple had jointly written on the site last year about their intention to give away Scott's fortune, which largely comes from her divorce from Amazon founder Jeff Bezos.

Youth membership of the Girl Scouts fell dramatically during the pandemic, dropping nearly 30% from about 1.4 million in 2019- 2020 to just over 1 million in 2021-2022. Chang acknowledged the drop but made the case that the organization's programs consistently help girls build confidence and tackle problems in their community.

"Our traditional way of supporting girls was really upended during the pandemic as troops couldn’t really meet in person," Chang said. "So to build back stronger than we ever had before, we’re really listening to our Girl Scouts, listening to their families and to our volunteers to really ensure that what comes next for us is truly impactful in this moment."