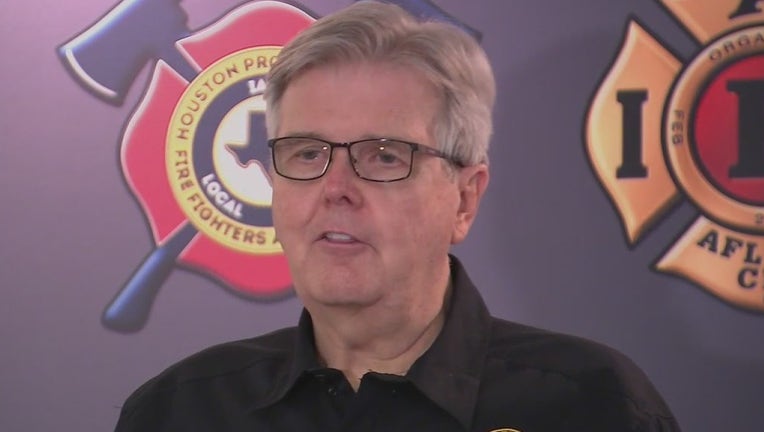 HOUSTON - Their lives on the line, Houston firefighters and paramedics are battling through this deadly pandemic at the same rate of pay they earned a decade ago, actually less, when factoring in inflation.

After years of stalled contract negotiations and with the process still locked in a bitter stalemate, Texas Lt. Governor Dan Patrick has offered to intervene.

"The idea that the City of Houston will not sit down and talk through this bothers me at a state level, because you are not just the Mayor's constituents, you are my constituents," Patrick told firefighters gathered at their union headquarters.

Patrick says he's willing to facilitate the resumption of negotiations by personally mediating the ongoing impasse over wages, work conditions, and a host of unresolved issues.

"We can't bust budgets and bankrupt cities, but we also can't sit in our office at City Hall and say I'm not talking to the firefighters. That's not right and the public doesn't want that," said Patrick.

With a pair of two-year-old lawsuits pending in a Texas appeals court, either one of which could devastate the City of Houston's financial health, Houston Professional Firefighter Association President Marty Lancton urged Mayor Sylvester Turner to cut a deal rather than gamble.

"At no point has the city shown a desire to actually resolve this and that is exactly what binding arbitration would do. It's time to start paying attention to those who are putting their lives on the line every day, and the fact the Lt. Governor has come down and delivered that message, we would like to say thank you," said Lancton.

All three offers, he says, were rejected.

Chief Pena also claims the city is willing to return to the bargaining table as soon as possible.