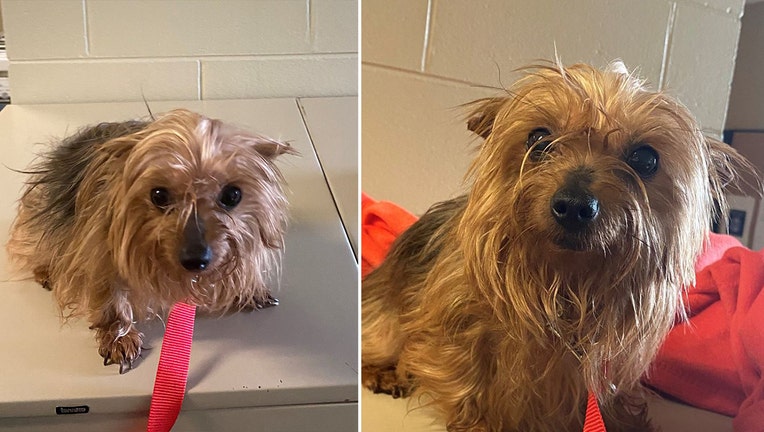 Authorities are uncertain if the dog will go to puppy prison.(Credit: Pleasant Prairie Police Department)

One wayward pooch’s life of adorable puppy crime finally caught up to her when she was “booked” for felony cuteness on April 22.

The Pleasant Prairie Police Department shared images of a lost dog that had recently been turned over to police by a good Samaritan after being found running loose. The dog was without a collar or a microchip, according to the department’s Facebook post.

The findings of the study showed that dog owners who lived alone had a 33 percent lower risk of death compared to those who suffered a heart attack and lived alone without a dog.

The police department noted, however, that the pup was going to be booked for “felony cuteness” in the interim before an owner was potentially found. Reports indicated that the dog was “in custody napping on a soft blanket in the LT’s office.”

“Awww, poor baby. Thanks for giving her some kindness and comfort. I hope she is reunited with her family soon,” wrote one Facebook user.

“You guys are the greatest!!! She is such a sweet little girl,” wrote another.

The police department would later update their Facebook post to indicate that the dog’s owner had been located.