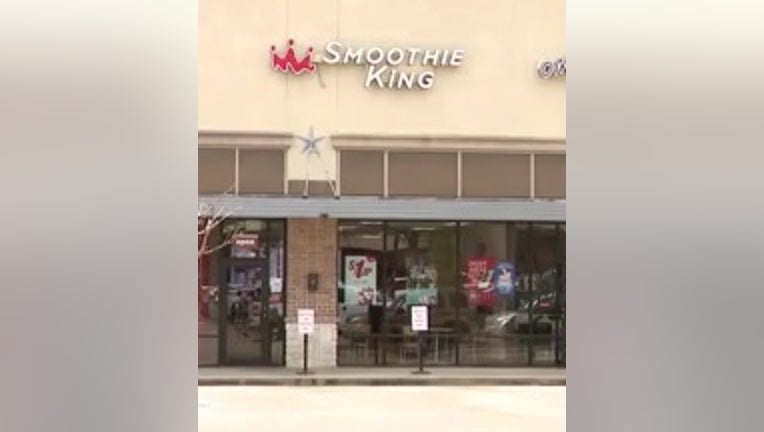 CONROE, Texas - Local activists are condemning what they call racism at a Smoothie King in Conroe.

They say three young Black men were racially profiled by a white employee at the Smoothie King on West Davis.

The employee reportedly used a racist remark about the men on their receipt saying ‘three Negros to go.’

Activist Quanell X says the employee was suspended for three days but says that is not enough.

Smoothie King released a statement saying, "It is important for us to state that we are and always have been committed to creating an inclusive environment that treats all team members and guests with kindness and respect and we have zero tolerance for discrimination or racism. In response to the incident that took place at our Conroe location, the local store owner took immediate action and terminated the employee involved and made a personal phone call to the individuals’ parents to extend apologies and resolve the matter. The local owner also took further action and enforced a mandatory re-training for all employees that outlines proper inclusion protocol. As an independently owned and operated franchise location, we will continue to remain diligent in our efforts to create an environment free from hate."