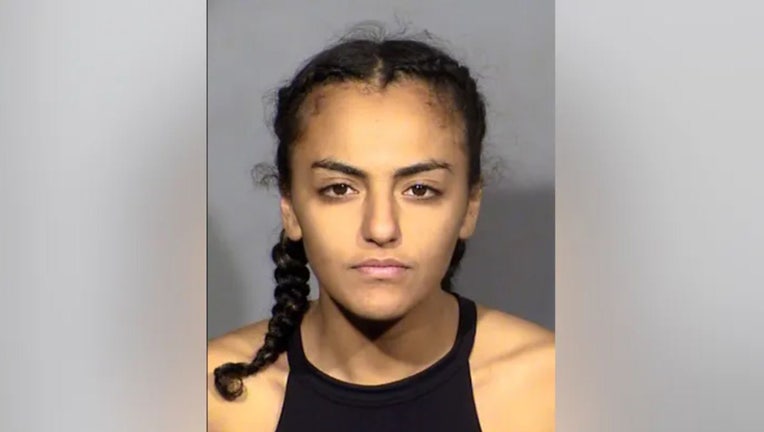 A Las Vegas woman accused of murdering her own mother on Wednesday told police during a prior arrest in late August that they were only detaining her because they had never seen anyone "as good looking."

Hend Bustami, 28, is facing an open murder charge in Clark County for the Oct. 26 death of her mother in Las Vegas, and she is also charged with evading arrest in San Bernardino County, California, county records show.

Las Vegas police officers responded to reports of a person injured on June Flower Drive around 2:30 a.m. Wednesday and later determined that the victim, Bustami's mother, had been involved in a verbal dispute with her daughter before her death, the Las Vegas Metropolitan Police Department (LVMPD) said in a Wednesday press release.

California Highway Patrol located Bustami near Barstow, California, later that day. She will be charged with open murder and extradited back to Clark County, LVMPD said.

On Aug. 31, Bustami was arrested for violating airport rules and failing to pay a Chili's restaurant tab at Harry Reid International Airport in Paradise, Nevada.

She told police that they were only arresting her because "they had never seen anyone as good looking," according to a police report obtained by Fox News Digital.

Police said at the time that the 28-year-old was "belligerent with officers, saying she was being harassed because cops [had] never seen anyone as pretty as her etc," the report states.

Bustami, who had a warrant out for her arrest at the time, also said "she was going to spit on all [the officers] and that officers were perverts and were trying to rape her because they [had] never seen anyone as good-looking," according to the report.