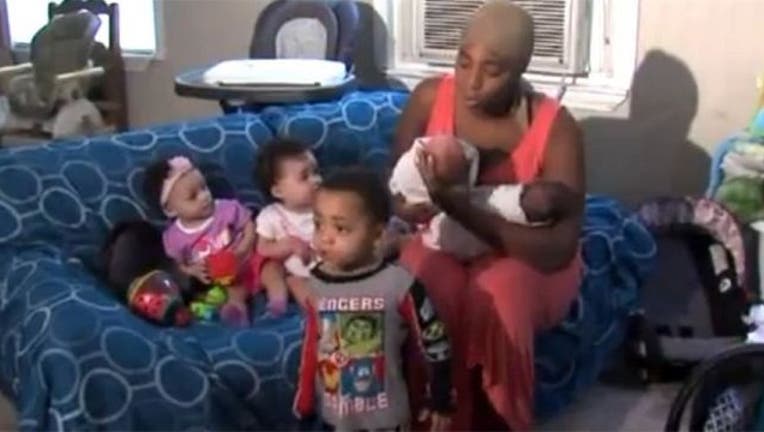 Danesha Couch is pictured with her five children. (Fox4KC.com)

FOX NEWS - A mother in Kansas has her hands full after giving birth to her third set of twins in just over two years.

Danesha Couch, 20, of Kansas told the news station that she has not undergone any fertility treatment and realizes that some people might consider her "a freak of nature." Couch delivered two boys, Danarius and Desmond, 26 months ago. Desmond died shortly after birth from complications of prematurity, the news station reported.

Shorlty after she gave birth to twin 1-year-olds, Delilah and Davina. And last month, Dalanie and Darla were born. They just arrived home after three weeks in neonatal intensive care.

"My regrets would be timing, but I'm really happy that I can even create babies or have life because some women can't do that," Couch told Fox4KC.com.