HOUSTON - Even in the middle of the postseason, Astros players are still doing their part to give back to the Houston community and their home countries.

Second baseman Jose Altuve went above and beyond to help children in Venezuela by partnering with 13-year-old Lily DuBose and her non-profit Lily's Toy Box.

DuBose's mission started back in 2017 after Hurricane Harvey ravaged the city of Houston. The then 9-year-old saw a need in her community and knew she needed to help.

"So I started giving my own Lego sets, dolls away to my neighborhood at first, and then my family and friends started to help more, so they started giving more toys away," said DuBose.

Thus, Lily’s Toy Box was born. She takes toy donations, stores them in a warehouse, and gives them to kids in need. She's donated 35,000 toys so far. 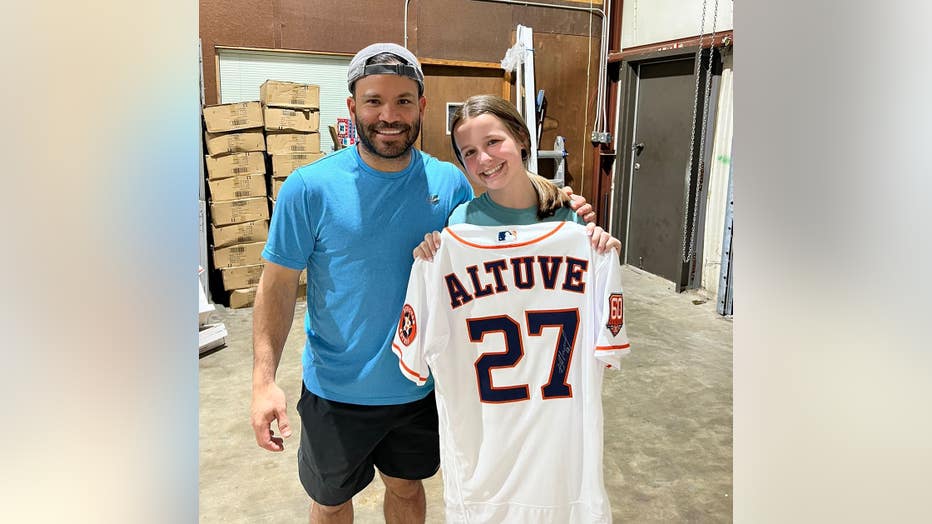 Just recently, DuBose's venture went international. She's explained, "So [Jose] Altuve and Neena Altuve were posting on Instagram how they wanted to help with toys, and they wanted to give toys away to Venezuela because Venezuela had a very bad storm."

The Altuve's jumped at the opportunity for this partnership with DuBose.

"It’s hard to believe, but it feels good to have this chance and this opportunity to connect with other people and give back to the community," said Altuve.

DuBose quickly got together more than 1,500 toys and to her surprise, Altuve himself stopped by to pick them up and ship them off.

How did the Astros celebrate Halloween with their families?

FOX 26's CoCo Dominguez spoke with Astros players about how they spent Halloween with their families.

"That was crazy," she said. "I was like oh my gosh you’re Altuve. This is awesome."

He even gave her a signed jersey and tickets to the World Series all as a thank-you for her generosity. It’s a position DuBose never saw herself in, but she’s beyond grateful.

"My non-profit started from just a little Lego set," she said. "Now I’m working with Altuve, and I have this warehouse with these toys, and I’m just so grateful for what has happened to me."

As for the toys, they're on their way to bless the children of Venezuela.