The Dallas Cowboys continue a 25-year tradition, kicking off The Salvation Army's Annual Red Kettle Campaign at halftime of the Thanksgiving game vs Las Vegas.

ARLINGTON, Texas - The Jonas Brothers are back to perform the Dallas Cowboys Thanksgiving halftime show for the second time.

The band tweeted the news with uniform numbers showing the date of the game.

"We couldn't be more excited to return to AT&T Stadium and play The Salvation Army halftime show," the Jonas Brothers said in a statement. "We are honored that our performance will help raise awareness of the great need that exists and encourage everyone to donate to The Salvation Army to make a difference in their communities this holiday season and all year long."

The Jonas Brothers previously performed the halftime show in 2008. 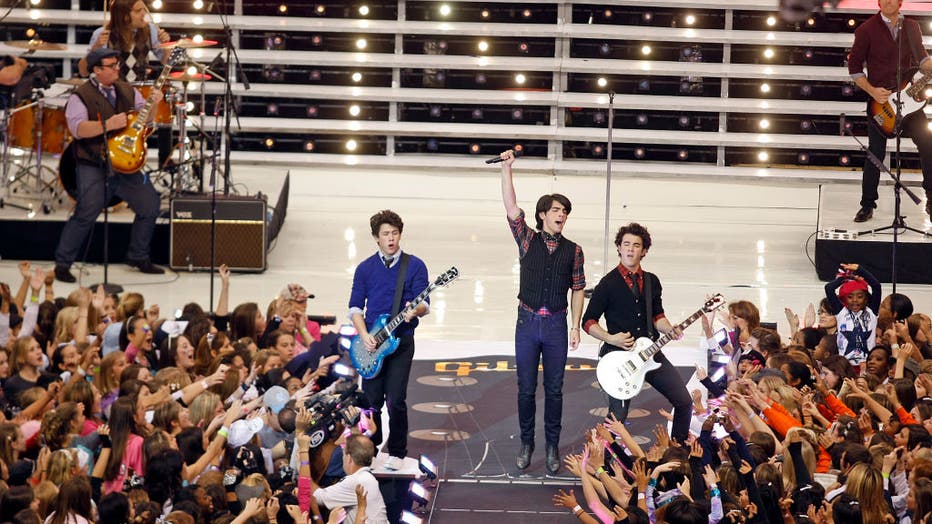 27 November 2008 - The Jonas Brothers perform at halftime of the Thanksgiving day game between the Dallas Cowboys and the Seattle Seahawks at Texas Stadium in Irving, Texas. The performance officially kicked off the 2008 Salvation Army Red Kettle Chr

"The Jonas Brothers’ passion and generous spirit are just what we need to put a spotlight on the challenges facing so many millions of people this year," said Charlotte Jones, executive vice president and chief brand officer for the Cowboys and former national advisory board chairperson for The Salvation Army. "We are thrilled to have the Jonas Brothers perform on our national stage for a halftime show that I know will inspire hope and generosity."

The halftime performance is a tradition at the Cowboys Thanksgiving Day game, urging people to donate to the Salvation Army's Red Kettle Campaign. The 132-year-old campaign is the largest and longest running fundraiser of its kid. In 2021, donations helped services for more than 25 million people living in the U.S.

The Cowboys take on the New York Giants on Thanksgiving Day. You can watch the game on FOX at 3:30 p.m.