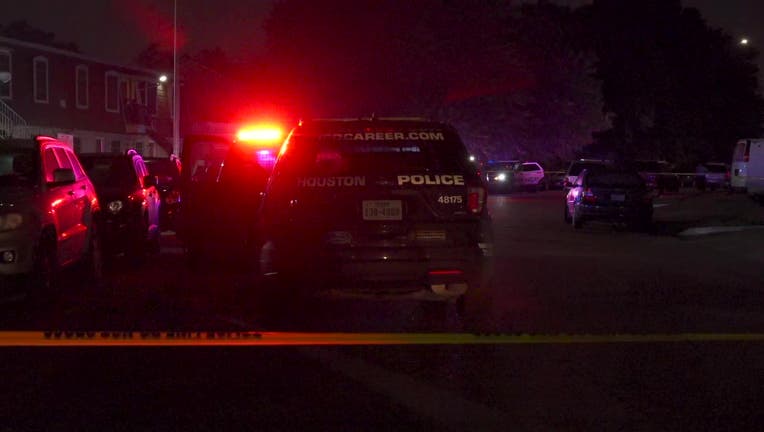 HOUSTON - Police say a woman was held at gunpoint and her daughter was grazed by a bullet as they returned home from a graduation party early Thursday morning.

The shooting occurred in the 5100 block of Silver Creek Drive around 2 a.m.

According to police, the family attended a graduation party in South Houston, but they left after some sort of disturbance occurred.

As they returned home, the mother was walking up to the apartment, and her adult daughter was parking the car.

Police say a beige 2012 Chevy Tahoe pulled up with two men, one armed with a gun and the other with a pistol. Authorities believe they were related to the party.

According to police, they put a pistol to the mother’s head and threatened her before letting her go upstairs.

Police say the daughter then realized what was going on and tried to drive away, but the suspects began shooting at her. She was grazed in the head by a bullet. She drove to another location where HFD treated her.

Authorities say the mother and some younger children who were with her were not physically injured.

Police are searching for the two men and their vehicle.

Anyone with information in the case is asked to call HPD Major Assaults.