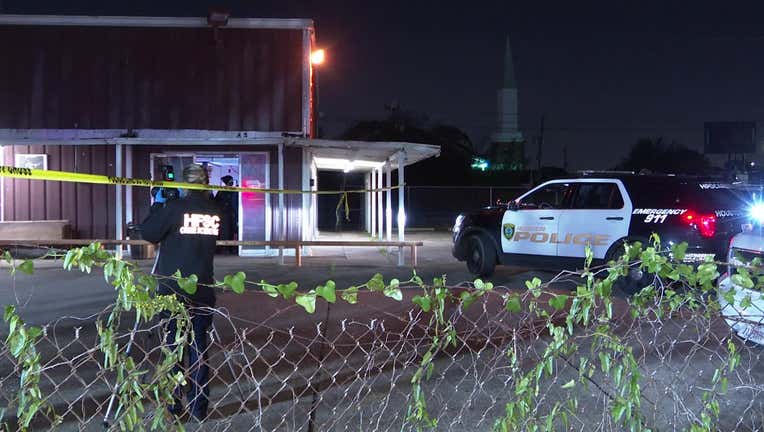 HOUSTON - Police are investigating the deadly shooting of a security guard in southeast Houston.

The shooting occurred in the 7000 block of Lawndale Street around 9:30 p.m. Thursday.

According to HPD, the man was working as a security guard at a business that appears to be an illegal gambling site.

Police say a black pickup truck pulled up, possibly to rob the establishment, and the security guard tried to pull out his weapon. Authorities say six to seven shots were then heard.

Police have not released information on a suspect. The investigation is ongoing.

Anyone with information is asked to call to Crime Stoppers at 713-222-TIPS.