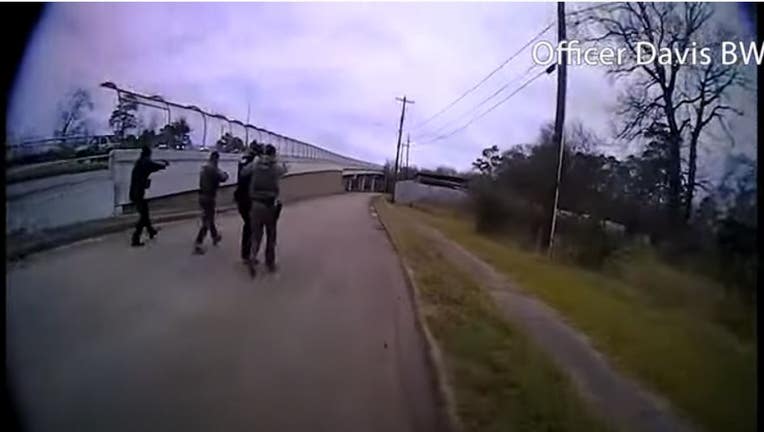 The officer-involved shooting occurred in the 7800 block of Tidwell after police responded to an aggravated robbery call around 7:45 a.m. where a Chevy Tahoe was stolen at gunpoint in southwest Houston.

The pursuit ended on the 7800 block of Tidwell after Suarez drove the stolen SUV onto the median.

Police said Suarez then exited the vehicle and attempted to flee from officers on foot.

K-9 officer Nate and three other officers followed the suspect.

While running, police said Suarez turned and fired a gun toward officers.

Suarez was taken to the hospital where he later died.

One officer did receive minor injuries in the incident, police said.