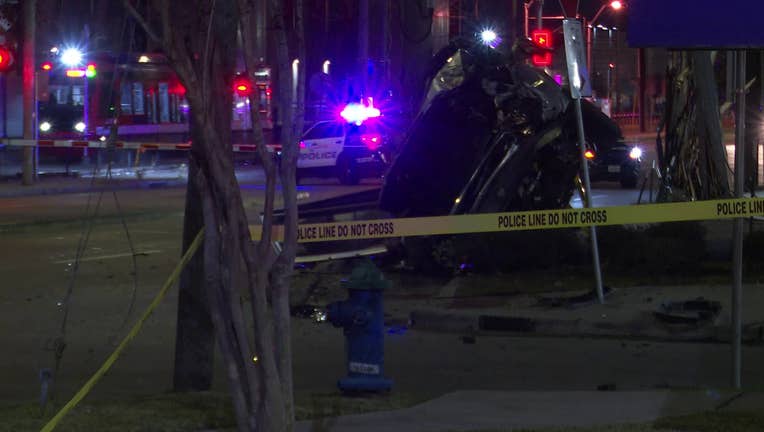 HOUSTON - Houston police say the passenger in a pickup truck died after a driver traveling in the wrong direction struck a pole and the truck landed on its side.

Police believe the driver of the pickup truck was traveling the wrong way when he hit a telephone pole, sending the truck airborne. The truck hit another pole before coming to a stop on its side, authorities say.

According to HPD, investigators determined the driver was not intoxicated and speed may have been a factor in the crash.

No charges have been filed at this time. The investigation will be referred to a Harris County grand jury.