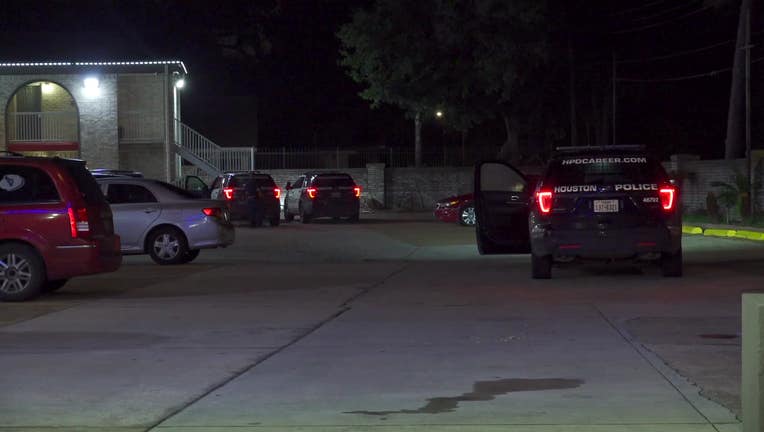 HOUSTON - A man was taken into custody after he tore through the walls of two hotel rooms in north Houston, police say.

The incident occurred at a hotel in the 8100 block of the Eastex Freeway.

Police say the initial call came in around 11:30 p.m. about a man who was threatening his ex-girlfriend’s boyfriend with a pipe.

According to police, the suspect was staying in an upstairs room and the ex-girlfriend and her new boyfriend were in a downstairs room.

When officers arrived, the suspect had already gone back up to his room.

Police say they called the DA, got charges on terroristic threat and also learned that the man had two felony warrants for evading.

Officers went upstairs, knocked on the suspect’s door and reportedly heard a commotion.

Police say the man had begun tearing through the sheetrock of his hotel room to gain access to the room next door.

The man reportedly made it into the next room, where a woman and her baby were staying. Police say they were not harmed, and the man kept tearing through the next wall to get into a third room.

According to police, the man tried to hide in a bathroom, but a K9 got him out. Officers were able to take custody of him.

The man reportedly told police that sometimes officers quit looking for him, according to HPD.