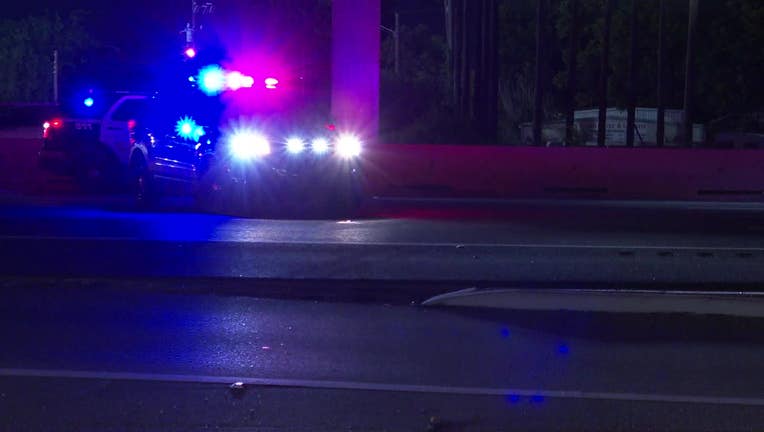 Police investigate a deadly auto-pedestrian crash on the North Freeway.

HOUSTON - Houston police say a man died after he was hit by an 18-wheeler while trying to cross the North Freeway.

The crash occurred in the southbound lanes of the North Freeway near Crosstimbers.

According to police, the pedestrian was struck by the 18-wheeler and died at the scene.

The driver of the 18-wheeler remained at the scene. Police say the driver is not facing any charges at this time.

All southbound lanes of the freeway were temporarily shut down for the investigation, but the roadway has since reopened.