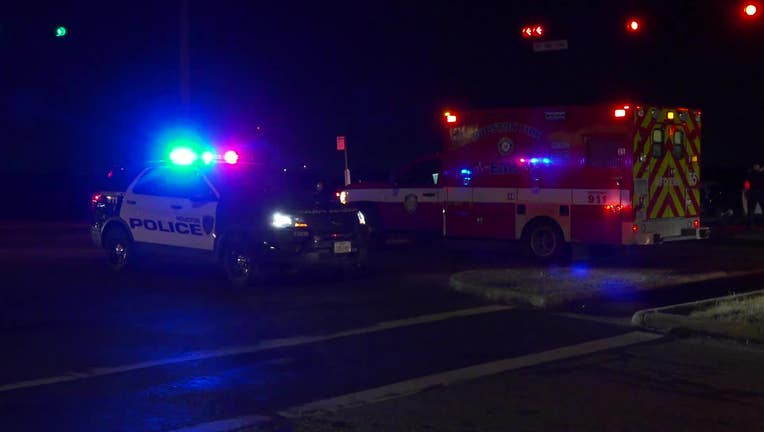 Police say a man who was shot was later found near Airport Blvd and Cullen.

HOUSTON - Houston police say a father shot his daughter’s ex-boyfriend who showed up at her parents’ house despite a protective order.

According to police, the woman had a protective order against an ex-boyfriend who had assaulted her in the past. On Wednesday, authorities say she called her mother in fear that the man was looking for her, and her mother told her to come to her parents’ house.

When she pulled into the driveway of her parents’ house on Wednesday night, the suspect pulled up and blocked her in, police say.

According to HPD, the mother yelled to the father, who came out and confronted the suspect.

Authorities say the suspect refused to leave and yelled profanities at the daughter. According to police, the suspect then came at the father in an aggressive manner, and the father – armed with a pistol – fired two shots in fear.

The suspect was shot in the lower hip area. He then got into a vehicle and left. Police say the man was later found shot near Airport Blvd and Cullen. He’s being treated for his wounds. HPD says the suspect will likely be charged for violating the protective order.

The police department says no charges have been filed on the father.