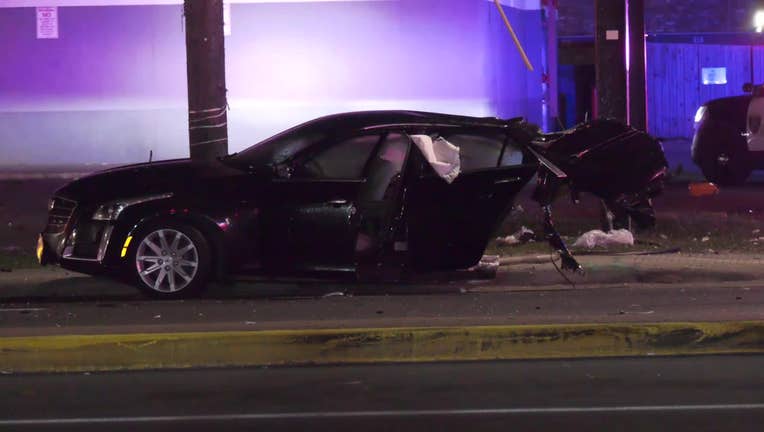 An innocent driver's car was split in half during a crash at the end of a police chase on Westheimer Road.

HOUSTON - Houston police say a chase that reached speeds around 100 mph on Westheimer Road ended in a crash that split an innocent driver’s car in half.

According to authorities, the chase began around 3:45 a.m. Monday at Westheimer Road and Fondren Road when an officer attempt to stop a car that ran a red light.

Police say the driver drove through a parking lot and then got back on Westheimer Road. Authorities say the driver was traveling at an estimated 100 mph as the officer tried to catch up while driving 85 mph.

According to police, an innocent driver was traveling northbound on Stoney Brook Drive when his car was struck in the intersection by the suspect’s vehicle. 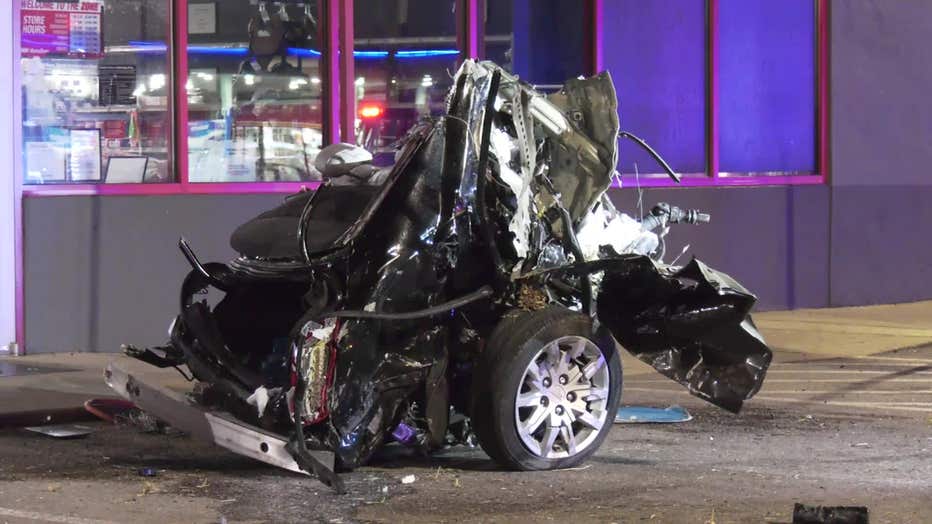 An innocent driver's car was split in half during a crash at the end of a police chase on Westheimer Road.

Police say the suspect driver fled on foot after the crash, but was taken into custody nearby. The police department says the suspect is being charged with aggravated assault with a deadly weapon and evading arrest.

The driver of the other vehicle was taken to the hospital in stable condition.

Police say two women who were in the suspect’s vehicle were also take to the hospital with broken arms.