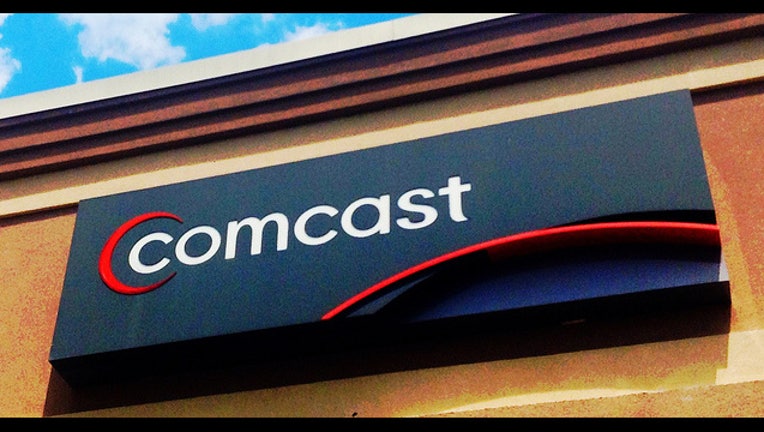 NEW YORK (AP) — Three years after Comcast began offering unlimited home-Internet usage, the cable giant is moving in the opposite direction. In more parts of the U.S., it's starting to charge heavy data users extra.

The reason? Too many of its customers are dropping cable and doing their TV-watching over the Internet instead, a trend that threatens to cost Comcast money. To recoup some of those dollars, Comcast is experimenting with caps on how much data you can use. Go over the limit and you'll see a bigger bill.

Comcast used to cap monthly data use at 250 gigabytes, but ended it in May 2012 in order to experiment with alternatives to a simple cap. That August, it capped monthly data use for Nashville, Tennessee, customers at 300 GB; going over the limit costs $10 for every 50 GB. The company launched a similar plan in Tucson, Arizona, that October — 300 GB for a base plan, 600 GB if you signed up for a faster and more expensive connection.

By December 2013, Comcast had rolled out the Nashville system to Atlanta and a handful of smaller markets, many in the South. It also offered a slow Internet plan of 3 megabits per second that gave you a $5 credit if you used 5GB or less each month, and charged you $1 for each gigabyte of data over 5 GB.

This month, Comcast added a twist as it expanded the cap into Miami, Fort Lauderdale and the Florida Keys: Customers can now pay an additional $30 a month for unlimited data. (In Atlanta, it's $35 a month.) At this point, roughly 12 percent of Comcast territory is subject to "usage-based pricing," MoffettNathanson analyst Craig Moffett estimates.

Comcast's Internet business is going gangbusters, although it continues to shed cable customers. In the third quarter, Comcast said Tuesday, it lost 48,000 TV customers while adding 320,000 Internet customers. Revenue rose 8.3 percent to $18.7 billion in the July-September period, while net income dropped 23 percent to $2 billion because of a tax gain from last year.

The average household watches 240 hours of TV a month, Moffett says; using current streaming technology, it would likely exceed the Comcast cap by watching the same amount of online video. (Comcast says the 300 GB cap would let you stream 230 to 575 hours of video a month, depending on if you watch it in standard definition or HD, or on your phone, computer or tablet versus a TV.)

About 8 percent of all Comcast customers go over 300 GB, the company says. Data caps really amount to a mechanism "that would introduce some more fairness into this," says Comcast spokesman Charlie Douglas. Yet Neil Smit, president and CEO of Comcast's cable division, said in July that there are no plans to extend the caps "on a widespread basis anytime soon."

Data caps are under scrutiny by regulators who worry that they could hurt online video competitors. In April, the feds quashed Comcast's $45 billion bid for Time Warner Cable, partly out of concern that the merged company might undermine online video rivals like Netflix. Comcast rival Charter subsequently made its own bid for Time Warner Cable, and has promised no data caps for at least three years if regulators approve the deal.

Matthew Pulsipher, 23, lives in the Atlanta metropolitan area and decided to pay Comcast's extra fee for unlimited data to support his family's streaming of shows from Netflix and Amazon Prime Video. But he's not happy about it.

"I think the idea of limiting your usage is absolutely insane," Pulsipher said. "It would make sense if the cap was 2 terabytes, but 300 is just low enough to punish streaming."

Shares of Comcast fell 1 percent to close at $61.54 Tuesday.