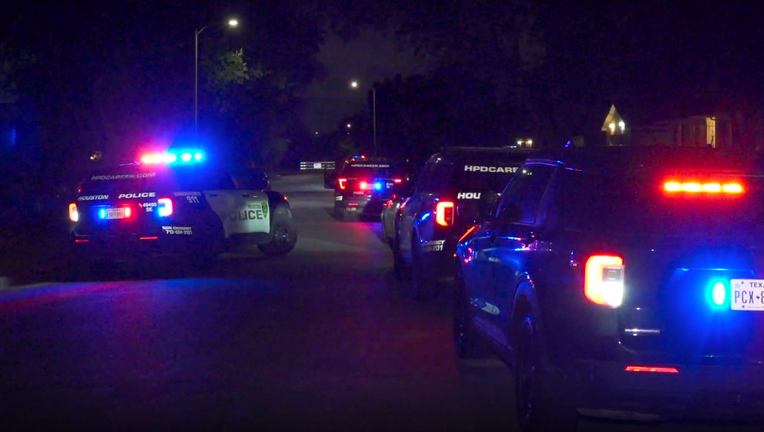 HPD cruisers at the scene of what they believe was a targeted shooting that left a 19-year-old girl with a gunshot wound to the back of her leg.

HOUSTON - A 19-year-old girl is in the hospital after being shot in the leg in what Houston police believe was a targeted shooting.

It happened just after 1 a.m. Wednesday in the 4900 block of Redbud St.

Police say more than 10 shots were fired into the teen's bedroom window. Inside was the teen, her boyfriend and their one-year-old baby boy.

Houston police and firefighters responded to the scene.

They took the teen to a local hospital where she is expected to be OK.

Police say they have no suspect or vehicle description at this point.