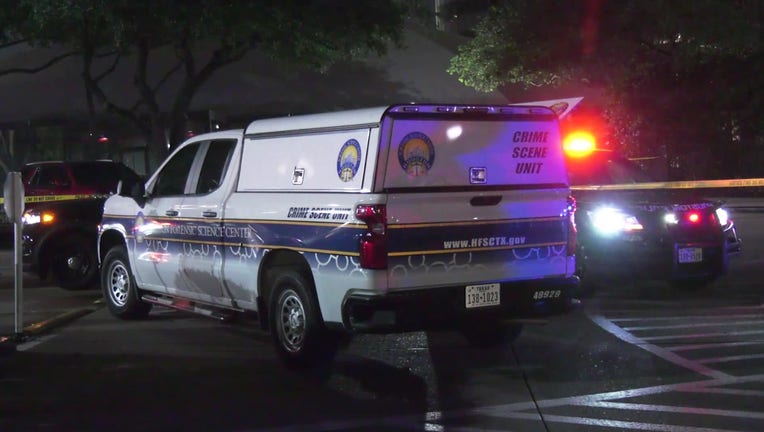 The Houston Police Department investigates a deadly shooting in the 7300 block of the Southwest Freeway.

HOUSTON - A 29-year-old man was shot to death in the parking lot of the Arena Theatre, where a concert was held on Sunday night, Houston police say.

The shooting was reported around 11:35 p.m. in the 7300 block of the Southwest Freeway near Fondren Road.

Law enforcement officers from various agencies were working extra jobs at the event and heard multiple gunshots, officials say. They went to investigate and found the man wounded.

Authorities say the officers began first aid, but he was pronounced dead by the Houston Fire Department. Police have not released the man's identity but did say that he may have been attending the concert.

Witnesses told police that two Black male suspects got out of a black, four-door GMC truck and approached the victim on foot. Authorities say one or both of the suspects fired shots before fleeing the scene.