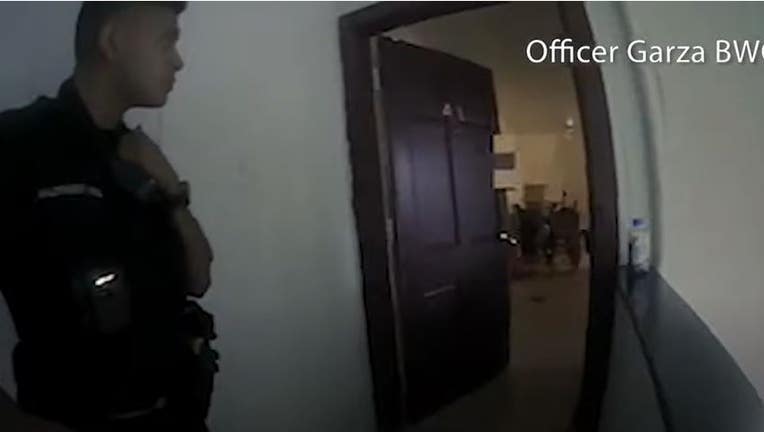 According to Houston police, Officers Maldonado and Garza of the Southeast Patrol Division responded to a family disturbance at an apartment complex.

When officers arrived, they spoke with a woman in an apartment who stated that the suspect choked her, police said..

A second man, who was later identified as Francis Vasquez-Benitez, 18, was inside the apartment and got involved in the fight by pulling the officer’s hands away from Benitez-Vasquez, police said.

At the same time, Benitez-Vasquez attempted to disarm an officer by removing his duty weapon from his holster.

As you can hear in the body camera video, the officer yelled that Benitez-Vasquez had possession of the officer’s weapon and it fired.

Police said the other officer on the scene, feared for the officer’s safety, fired his weapon at Benitez-Vasquez striking him.

Benitez-Vasquez was pronounced dead at the scene, police said.

Police said that Vasquez-Benitez was charged with assault of a peace officer in the 176th State District Court.

Both officers were placed on administrative duty. The investigation into the shooting is ongoing, police said.