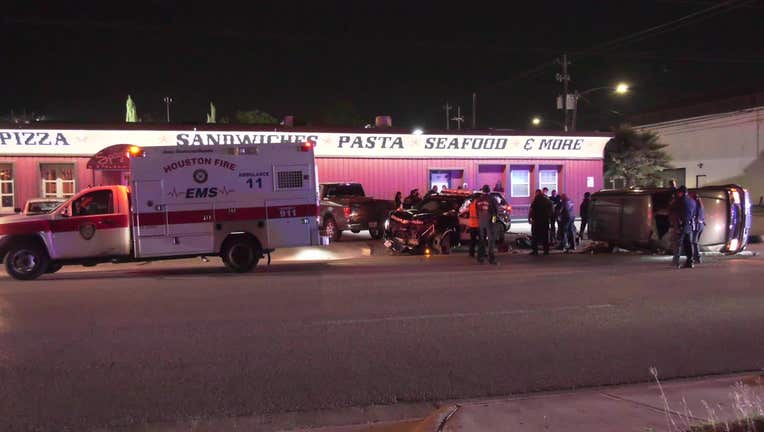 A Houston police officer was involved in a crash on Shepherd Drive at Eigel St.

HOUSTON - The Houston Police Department is investigating a crash involving a police officer and another driver.

The crash occurred around 11:43 p.m. Tuesday at the intersection of Shepherd Drive and Eigel Street.

According to HPD, the officer was responding to a code two call for a family disturbance without lights or sirens on.

Authorities say she was traveling northbound on Shepherd Drive.

At the intersection, police say a collision occurred between the patrol vehicle and a civilian vehicle.

The driver of the civilian vehicle was taken to the hospital in stable condition with a cut to his head.

Police say the officer had some soreness in her side and will be checked out as a precaution.

The crash is under investigation by the Houston Police Department’s Vehicular Crimes Division.