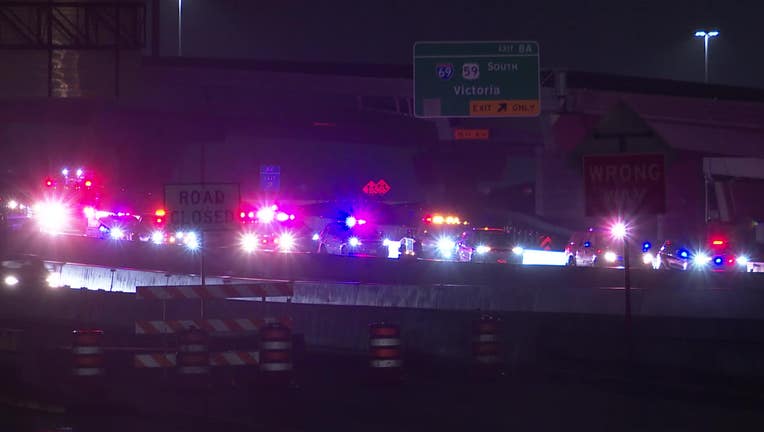 HOUSTON - A Houston police officer was injured in a crash while blocking traffic at the scene of a previous crash, HPD says.

Police say the officer’s patrol car, with its lights activated, was blocking a crash scene when another vehicle struck the patrol car from behind.

According to HPD, the officer was transported to the hospital with injuries, but they are not believed to be life-threatening.

The driver of the vehicle that struck the patrol car is being evaluated to determine if they were intoxicated.

RELATED: 4 people, including Houston officer, hit by car at scene of previous crashes

Another officer was injured Friday morning, less than two hours later, in a separate crash not too far away on Hidalgo off of the West Loop. Police say that officer was also investigating a crash when a vehicle struck the officer, two wrecker drivers and the driver of a Jeep. The officer and Jeep driver were taken to the hospital with non-life-threatening injuries.