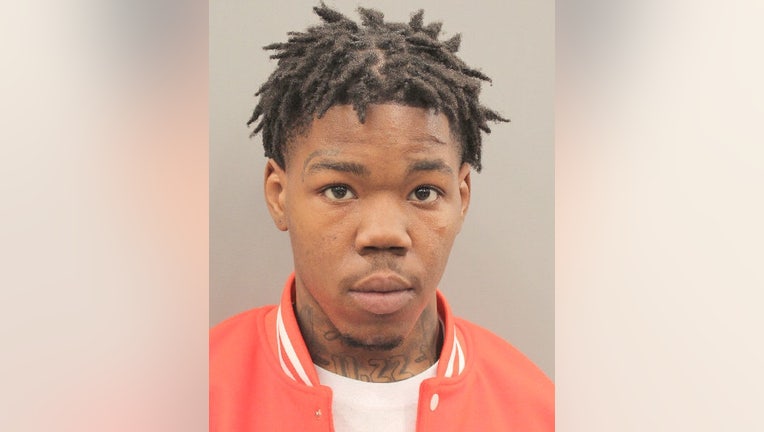 The incident occurred in the parking lot of Greenspoint Mall in the 12300 block of the North Freeway.

HPD says the shooting happened as they were serving a warrant as part of a long-term investigation into auto sear devices, or Glock switches.

The investigation led them to an armed suspect, identified as Raymont Pierre, who was located inside the mall. They were serving him felony warrants of aggravated assault and criminal mischief.

When they saw Pierre, 19, get into his white Nissan Altima, police decided to do a vehicle containment technique. Officers then got out of their fully-marked vehicles and HPD uniforms.

Officers gave Pierre voice commands to which he responded by opening the car door, bending down, and making furtive movements.

That's when Officer A. Lopez discharged his duty weapon, striking the driver's side door frame.

He was taken into custody without incident.

A semi-automatic pistol was located on the driver's side floorboard. Two additional occupants inside the vehicle were detained and later released.

Pierre, who has a lengthy criminal history that includes violent offenses and evading in a motor vehicle, has been charged with possession of a prohibited weapon.

Police say all officers on the scene were wearing body worn camera and footage will be released within the next 30 days.

Officer Lopez, who was sworn in as an HPD officer in March 2017 and is assigned to the North Belt Patrol Division, will be placed on temporary administrative leave, which is standard policy on all officer involved shootings.

The case is being investigated by the HPD Special Investigations Unit and Internal Affairs Division.

No one was injured in the incident.