HOUSTON - Brittney Griner is heading home to American soil after a one-for-one prisoner-swap deal with Russia. The reactions are pouring in from people across the country including her loved ones here in her hometown of Houston.

"I never lost hope and I would try to try just to send thought waves to Brittney. Don't give up. Don't give up. Keep that fighting spirit that I saw in high school," said Debbie Jackson, Griner's former high school basketball coach at Nimitz High School in North Houston.

Russia’s Federal Security Service released footage of the prisoner swap of WNBA basketball player Brittney Griner and arms dealer Viktor Bout between Russia and the United States on Thursday, December 8. The footage shows Griner boarding a plane in Russia and landing in the United Arab Emirates, where the prisoner swap took place. It also shows clips of Bout on a plane back to Russia.

For the last 10 months, Jackson said she prayed every day for the safe return of her former student, 32-year-old Brittney Griner. Jackson believes the Houston native was being used as a political pawn and thought she’d have to wait years before Griner’s release.

"I'd love to give her a great big bear hug and just tell her I love her. I'm so proud of her for staying strong. It's the best Christmas present I could ask for," Jackson said.

SUGGESTED: 'WE ARE BG' releases statement amid Brittney Griner release

Jackson is the one who recruited Griner to play basketball her freshman year of high school.

"Some people might not know she had never played basketball before Nimitz. I'd see her playing on the freshman volleyball team and I went up after game and said after volleyball's over, I'd like to see her come out for basketball because she was 5’10" at that point. She grew from 5’10" to 6’7" when she was at Nimitz," Jackson said.

Griner went on to play basketball for Baylor University and eventually became a WNBA star with the Phoenix Mercury and a two-time Olympian.

Griner was detained by Russian officials in February over the discovery of cannabis oil vape cartridges in her luggage. Her release is part of a prisoner exchange deal for international arms dealer Viktor Bout, known as "the merchant of death." 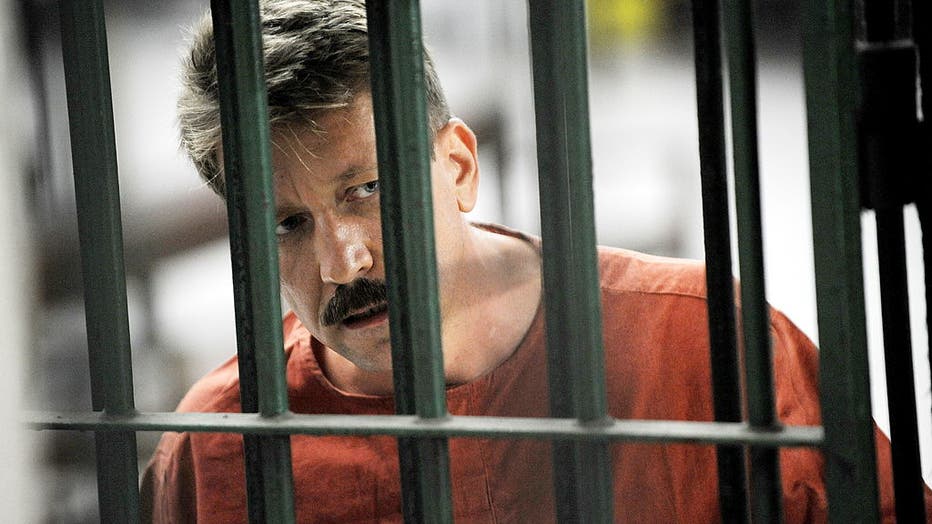 "Nobody would disagree that this was an ideal trade, if we could have done something different. But we're not dealing with a rational government with the same values we have," Jackson said.

The prisoner swap was highly scrutinized Thursday, as it left U.S. Marine Paul Whelan, who was convicted on espionage charges, in Russian custody.

U.S. Congresswoman Sheila Jackson Lee, who worked with negotiators on the deal, assures Americans there's no threat associated with his release.

"This arms dealer has already served more than half of his sentence. He is no longer technologically relevant. Wherever he goes, we will have an understanding, meaning our operatives will know where he is. But I can assure you that this is not a threat to the United States. It is a threat for our citizens to be used as pawns who happened to be traveling internationally," said Jackson Lee.

"I want Brittney Griner to know that Houston and Texas loved her, and her loved ones as well, that we embraced her family and want them to know that we're standing by her," Jackson Lee continued.

Griner's former coach encourages her to take time to heal.

In a statement, Aldine ISD said, "Aldine ISD has been made aware that Brittney Griner has been released from custody and is on her way back to her loved ones in the United States. This is amazing news for Brittney, her family and her present and past teammates."

Houston Mayor Sylvester Turner also tweeted, "Even in a time of major conflict between Russia and the United States, positive things can and do still occur.  I am pleased that Houston Native and WNBA Player Brittney Griner is coming home.  Tremendous thanks to President Biden, Congresswoman Sheila Jackson Lee and many others who worked tirelessly to bring Brittney home. Tonight, City Hall will be lit up in Red, White and Blue in her honor. Welcome Home Brittney."