Houston police have arrested a man in Waller County, who they say may be tied to the death of his own father. The 26-year-old was out on bond for the stabbing of an HPD K9 when he fled Tuesday morning.

HOUSTON - Police say a man found dead at a home in west Houston is believed to be the father of a police K9 stabbing suspect who led officers on a chase while out on bond this morning.

Police say Ryan Mitchell Smith, 26, led officers on a chase overnight while out on bond for charges related to the Saturday morning stabbing of a Houston police K9.

Police say Smith ran away on foot after the chase, prompting an hours-long search. Following a tip, he was later located around 2 p.m. walking along Highway 159 in Waller County, according to HPD.

Authorities say Smith was arrested by Texas DPS and faces a felony evading charge for the pursuit this morning. Detectives will also question him about the death of his father. 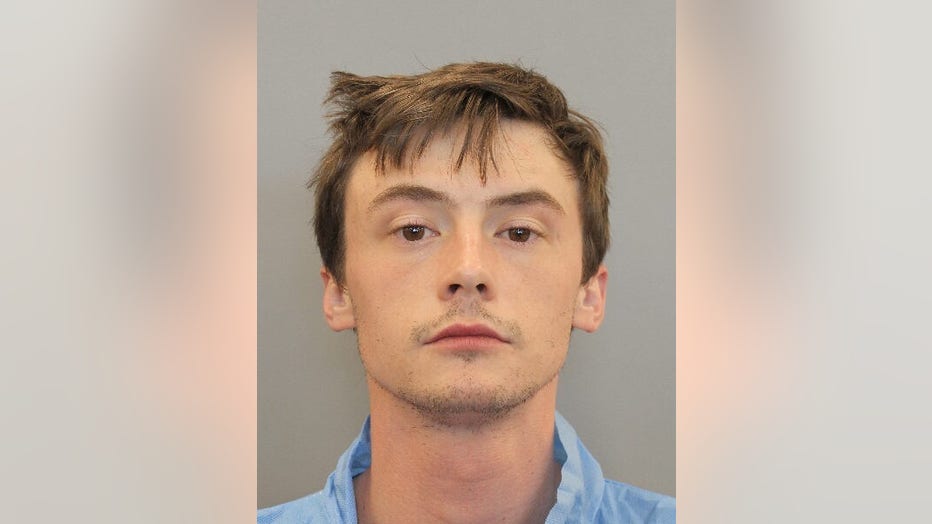 Ryan Mitchell Smith, 26, is accused of stabbing a Houston Police K9 that chased him after a robbery.

Police say Smith was bonded out on Sunday and brought back to stay at the home on Carolcrest.

According to a close friend of the family, Smith worked at a private crime scene cleanup company.

On Monday morning, police say family became concerned because they hadn’t heard from Smith's father, who was also staying at the home.

Police say family members went to the home to look for him but didn’t find anything of immediate concern, other than the fact that the father had left his cell phone behind.

Investigators went to the home on Monday, met with the family, and conducted another search of the property. They didn’t immediately find anything.

While officers were on the scene, police say they saw the father's vehicle show up down the street with the lights off.

Police say officers got close and saw Smith behind the wheel, and he took off. Plainclothes officers followed him until marked units were able to attempt a traffic stop. A pursuit ensued.

The pursuit came to end near the polo grounds in the 8500 block of Memorial Drive, where police say Smith crashed and ran away on foot into a wooded area. Authorities searched for hours, even using drones.

While officers were searching for Smith, homicide detectives returned to the home on Carolcrest to continue their search. Police say they found a man, believed to be Smith's father, dead from what didn’t appear to be natural causes. Police say he was hidden in a location in the garage that made it difficult to find him.

An autopsy will be conducted to determine the man’s cause of death.

Smith is accused of stabbing a Houston Police K9 following a robbery on Saturday morning. He is charged with evading arrest, interference with a police service animal and robbery bodily injury in that case.