FOX 26 Reporter Tiffany Justice has more on the vote and as well as what might be next.

HOUSTON - School board members with the Houston Independent School District have given their support for a mask mandate within the district.

Earlier this week, Houston ISD Superintendent Millard House said the school board was to vote on the mask mandate during its meeting on Thursday night. However, House later stated a vote wouldn’t be necessary, but wanted the board’s backing.

The vote was unanimously approved on Thursday night. 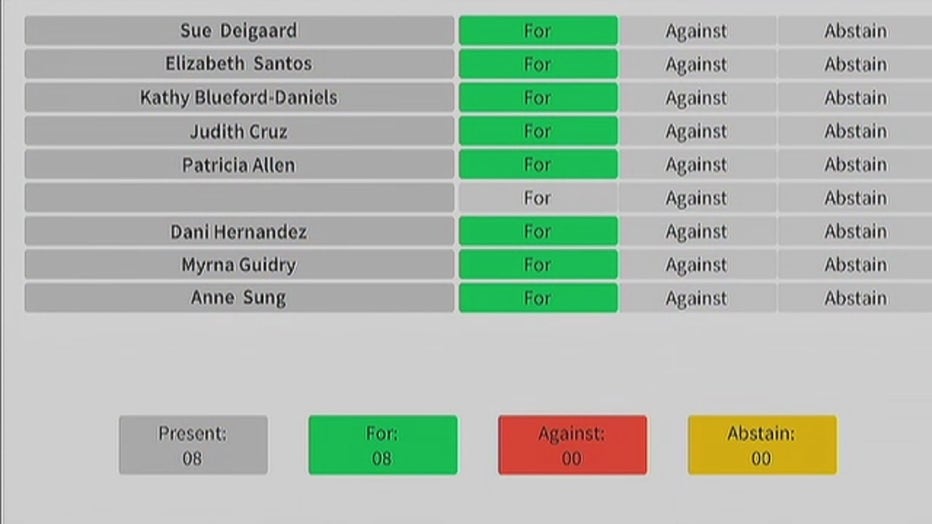 Houston ISD School Board members share their comments and vote regarding a mask mandate for the district.

Gov. Abbott's order GA-38 was signed in mid-May when coronavirus cases were on the decline. But now, as children head back to school, cases are on the rise due to the highly contagious Delta variant that is also affecting younger people.

Late Wednesday night, Texas Governor Greg Abbott responded to the decisions by the school districts and local government officials who are choosing not to follow his order by stating he would "take them to court."

The Texas Education Agency's public health guidelines for schools say, per Gov. Abbott’s order, schools cannot require students or staff to wear a mask, but schools must allow those who choose to wear a mask to do so.

It's unclear when the mask mandate will take effect within Houston ISD.