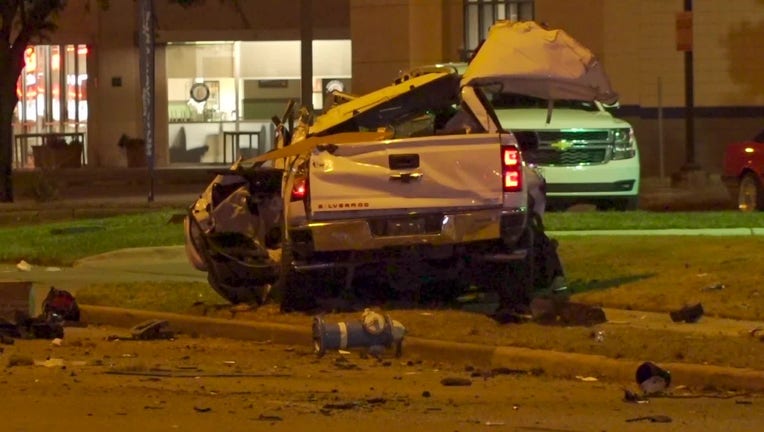 HOUSTON - Two people died in a two-vehicle crash that occurred when a driver ran a red light and struck a car in northwest Houston, police say.

Authorities responded to the crash around 11 p.m. Thursday in the 5300 block of Hollister Road at U.S. 290.

The passenger in the pickup truck and the driver of the other car died in the crash.

The driver of the pickup truck was taken to the hospital and is expected to survive. Police say he did not show signs of intoxication.

Investigators are still working to determine if speed was a factor in the crash.

Police were also speaking with people who witnessed the crash. The investigation is ongoing.