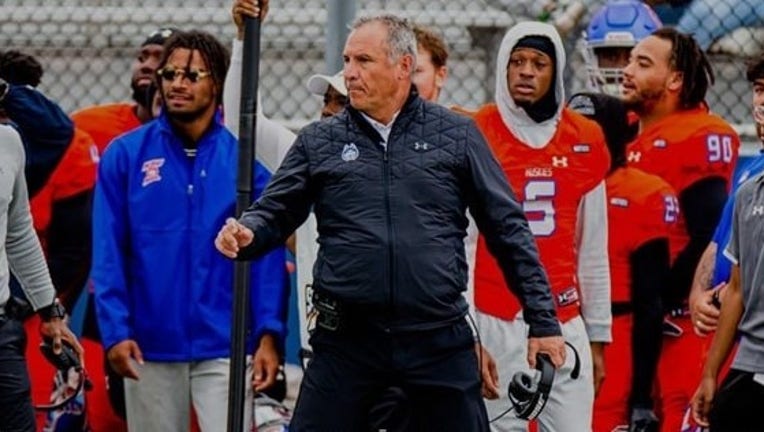 "We will always be grateful to Vic Shealy for his historic contributions to HCU athletics and especially to our football program. He will forever be known as the founding coach of HCU football. Vic is a man of great integrity, and we wish God’s blessings on him and his wife Holly. He has been not only a good colleague but a great friend," said HCU President Robert Sloan.

HCU says Shealy was the longest-tenured head coach in the Southland Conference and was named HCU's first football coach in April 2012.

EDUCATION: Student loan forgiveness: What to know if you've applied for relief

"We are extremely appreciative of all Vic has done for HCU in starting this program from scratch and making a positive impact in a lot of young men's lives," Director of Athletics Steve Moniaci said. "He will forever be remembered as the first head coach in HCU Football history, and we commend him for taking on this challenge in one of the toughest Football Championship Subdivision (FCS) conferences in the country. We wish him and his wife, Holly, all the best on their next endeavor," announced Moniaci.

"Holly and I have a lot of gratitude toward Dr. (Robert) Sloan and Steve Moniaci for giving us an opportunity to start a football program here," Shealy said. "The support from the staff and faculty has been tremendous, for us as coaches and players, to give us a foundation for the program. I understand we're in a game where the scoreboard matters at this level. There are things I wish we had accomplished before I left, but there are a lot of things we did accomplish that I'm proud of. My hope is the next coach can come in, pick up where we left off and help these players realize those goals they had when they got here can still be achieved."

While Shealy was at HCU, the late Garrett Dolan was the Huskies' first All-American and earned the honor twice in 2016 and 2017. Andre Walker and kick returner Gamar Girdy Brito also earned All-American status. Walker led the nation in sacks and was the FCS ADA Scholar-Athlete of the Year in 2019.

Caleb Johnson and Bailey Zappe are two former Huskies who have gone on to play in the NFL.