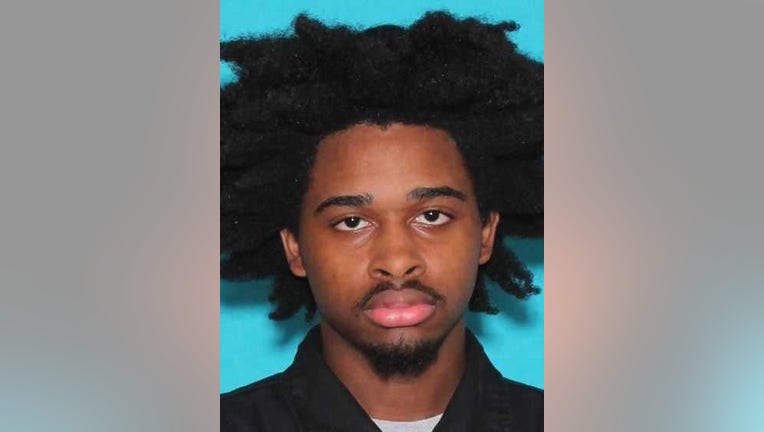 Dondre Williams, 20, is charged with capital murder in the Jan. 17 fatal shootings of a man and a woman at 301 West Little York Rd. (Photo: Houston Police Department)

HOUSTON - Police are searching for a suspect wanted in the deadly shootings of a man and a woman inside a Houston apartment last month.

Dondre Williams, 20, is charged with capital murder. He is accused in the deaths of Naryssa Wright, 26, and Malakai Williams, 21.

The shooting was reported at an apartment complex in the 300 block of West Little York Road around 4:50 a.m. January 17.

Officers responded to a report of a shooting at an apartment and found Wright had been shot in the head. She died at the hospital.

Malakai Williams was also found with a gunshot wound to the head in a different area of the apartment. He was pronounced dead at the scene.

According to HPD, the suspect also shot at that resident before fleeing the scene. Police said an infant child was also in the apartment but was OK.

According to police, further investigation identified Dondre Williams as the suspect in the case, and he remains at large.

Anyone with information on the whereabouts of Dondre Williams or in this case is urged to contact the HPD Homicide Division at 713-308-3600 or speak anonymously to Crime Stoppers at 713-222-TIPS.