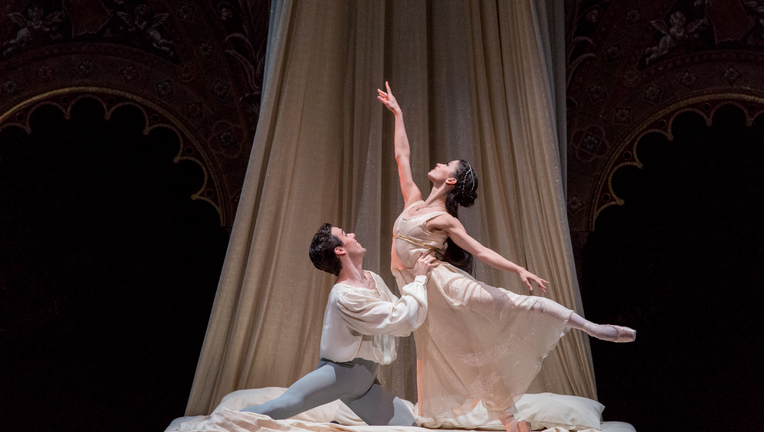 Houston - HOUSTON, TEXAS [April 6, 2020] — Houston Ballet announces its cancellation of the rest of its 2019-2020 season due to the ongoing COVID-19 crisis. Performances effected include the rescheduled dates for Forged in Houston (May 21-31), Romeo & Juliet (June 4-14) and From Houston to the World, which was in the works to be rescheduled later in the season. Additionally, its community performances at Miller Outdoor Theater and Cynthia Woods Mitchell Pavilion and much-anticipated tour to Spain this summer have also been canceled.
“It’s with a heavy heart that we have canceled the rest of the season,” says Houston Ballet Artistic Director Stanton Welch AM. “We have survived against the odds before, and we will again. We are dedicated to returning stronger than ever and bringing the art of ballet back to the city of Houston and our community. We are with you and cannot wait to see you on the other side of all of this.”

The Board of Trustees announced at the end of March that Houston Ballet’s full-time staff and dancers will be paid for the remainder of the season, but the nonprofit will need the support of its patrons more than ever to recover from this continued crisis. Houston Ballet estimates revenue losses between $2.9-4.9 million this season, but will have a better understanding of the financial impact of these cancellations in the next few weeks. Season ticket subscribers and single ticket holders are urged to donate their tickets back to organization to help decrease the impact.
“The simple act of not requesting a refund from us at this time would allow us to keep as much as $1.3 million of already earned revenue,” says Houston Ballet Director of Marketing and Public Relations Angela Lee. “Our subscribers and ticket holders will play a crucial role in how this turns out, and we are forever grateful to our patrons who make this choice.”
The organization won’t return to the Wortham Theater Center’s stage this season, but it continues to entertain and educate the public. Like many industries, the nonprofit is dedicated to finding new ways to reach the community.
“We are truly in unprecedented times,” says Houston Ballet Executive Director Jim Nelson. “The COVID-19 crisis is something we have never seen in our lifetime, and its implications for our arts community are staggering. However, until we can come together again, we must find new ways for us to connect and create community even in the absence of shared physical space. Houston Ballet has mobilized the entire organization to create original online content to ensure we stay connected to audiences, students, patrons and the community.”
Houston Ballet launched HB at Home, a series of short videos aimed to keep fans connected, on its IGTV and Facebook pages two weeks ago. Followers of the accounts have been treated to offstage looks into the lives of dancers, as well as free ballet classes tailored to being homebound. The videos include uplifting messages and tips for staying positive and active while social distancing. Houston Ballet will expand its offerings in the coming weeks with exclusive content for its subscribers, until it can return to the stage for its 2020-2021 season this September.
Season subscribers and single ticket holders for Houston Ballet’s 2020 performances of Forged in Houston, Romeo & Juliet and From Houston to the World can visit HoustonBallet.org or call 713.227.ARTS(2787) for more information on next steps.

Celebrating 50 years of creativity, Houston Ballet has evolved from a Company of 16 dancers to one of 61 dancers with a budget of $33.9 million and an endowment of $79.2 million (as of June 2019), making it the country’s fifth largest ballet company. Its Center for Dance is a $46.6 million state-of-the-art performance space that opened in April 2011 and remains the largest professional dance facility in America. Houston Ballet’s reach is global, touring in renowned theaters in Dubai, London, Paris, Moscow, Spain, Montréal, Ottawa, Melbourne, New York City, Washington, D.C., Los Angeles and more.

Houston Ballet attracts prestigious leaders in dance. Australian choreographer Stanton Welch AM has served as Artistic Director of Houston Ballet since 2003, raising the level of the Company’s classical technique and commissioning works from dance legends such as Julia Adam, George Balanchine, Aszure Barton, Christopher Bruce, Alexander Ekman, William Forsythe, Jiří Kylián, Edwaard Liang, Trey McIntyre and Justin Peck. Executive Director James Nelson serves as the administrative leader of the organization, a position he assumed in February 2012 after serving as the Company’s General Manager for more than a decade.