HOUSTON - The Houston Astros and Philadelphia Phillies made only minor changes from their Championship Series rosters for their World Series rosters ahead of Game 1 on Friday night.

Houston added left-hander reliever Will Smith, who was left the roster for the first two rounds of the playoffs. The 33-year-old Smith was acquired in a trade from the Braves this summer, was in seven playoff series and helped Atlanta to a World Series win over the Astros last season.

RELATED: World Series 2022: Everything you need to know about the Fall Classic between the Phillies and Astros

Houston took right-hander Seth Martinez, who did not pitch in the ALCS, off the roster to make room for Smith. 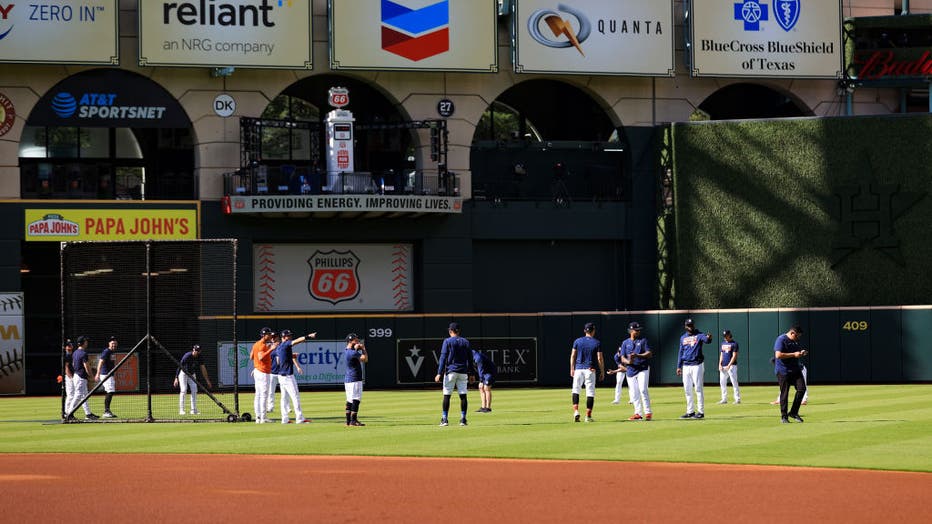 RELATED: What time does the World Series game start today? Here's how to watch

Maton was on the Wild Card roster but did not play in the series against St. Louis. The left-handed hitter is the brother of Houston reliever Phil Maton, who is out for the season after breaking his pinkie punching a locker after giving up a hit to his brother in the team’s regular season finale.

Guthrie took Maton’s place on the NLDS and NLCS rosters but only one had one appearance as a pinch-runner against the Braves in the Division Series.

Nelson was on the NLDS roster but did not appear in a game.

The FOX 26 crew tried their hand at pitching. Here's how it went.

Falter started Game 4 of the NLCS, giving up three hits and four runs in 2/3 innings in his postseason debut.