FOX 26 Reporter Matthew Seedorff spoke with the grandfather of a 6-year-old who was killed over the weekend by a suspected drunk driver.

HOUSTON - Family members are demanding answers after police say an intoxicated driver fatally struck their 6-year-old boy over the weekend.

"Somebody fumbled the ball," said Dana Hubbard. "Because of them fumbling the ball, my grandson is no longer here."

Hubbard had been walking with his grandchildren Saturday evening to go buy snacks at a store. While in a parking lot near the 11200 block of Bissonnet Street, his 6-year-old grandson Darien Lewis was hit by an alleged drunk driver.

"I saw my grandson down under the car," said Hubbard. "My grandson didn’t cry, didn’t holler. My grandson is not a speed bump, he’s an actual human being." 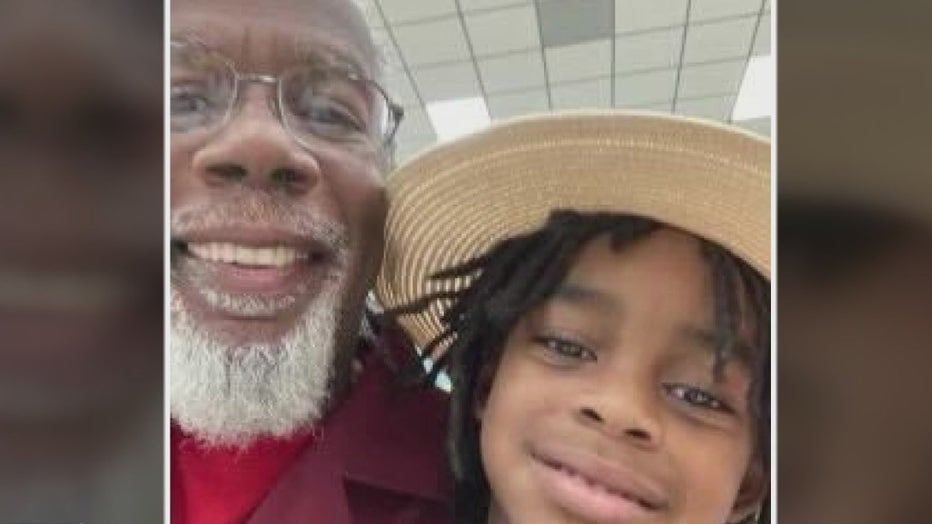 Hubbard describes his 6-year-old grandson as a happy, caring kid that loved to smile.

"He was a loving kid, autistic, but lovely," said Hubbard.

According to Hubbard, the alleged drunk driver gave him a smirk as he drove over the 6-year-old a second time.

"He looked at me with a smirk, put the car in reverse, and backed up on my grandson again," said Hubbard. "I held [my grandson’s] hand. I felt his pulse, to the point where it stopped beating altogether. I saw this. This is one sight I cannot get out of my head."

Pedro Alberto Hernandez has been arrested and charged with murder, along with his three DWI's.  According to police, Hernandez admits to drinking several alcoholic beverages before the crash.

"This little 6-year-old boy didn’t even get to live," said Sean Teare, Harris County Assistant District Attorney. "This family is going to have to live with the actions from this defendant for the rest of their lives."

Hubbard says he and his family are now demanding answers. They hope this case inspires changes to drinking laws in Texas.

"It’s still hard to hold my composure," said Hubbard. "Somebody fumbled the ball, two times previously, nothing happened. This is a life. Get the tire off his head and pass a law."