An off-duty officer who was working an extra job found the wounded people in the 5100 block of Broadway Street around 11 p.m. Thursday.

Police say the off-duty officer saw the injured woman along the road and pulled over to help. The officer then discovered the wounded man. 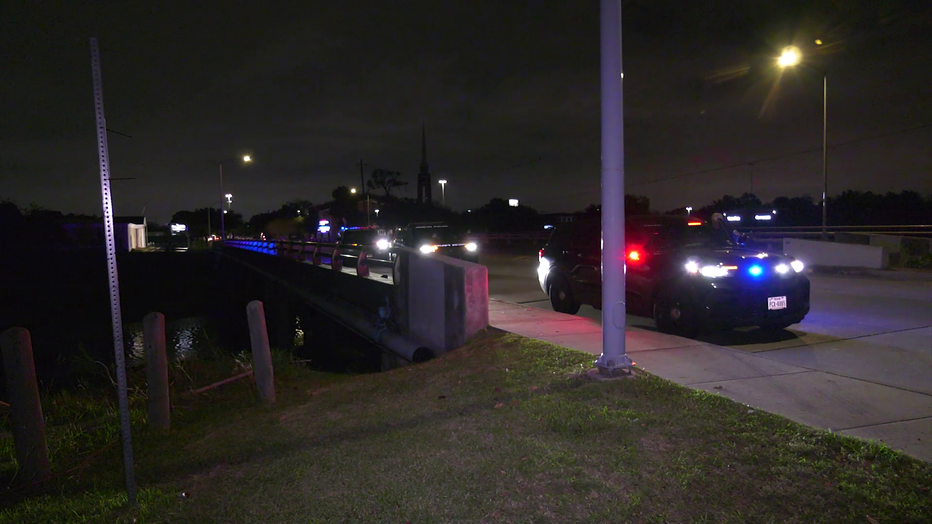 The Houston Police Department investigates a shooting on Broadway Street.

MORE: Couple charged with depriving kids of food, beating them until they bled

Police say the two wounded people and the suspect live under a bridge in the area with other people.

According to HPD, there had reportedly been an ongoing argument throughout the day, and at some point the suspect shot the man and the woman.

The suspect is not in custody, but police say they know who he is and have an idea of where he may be.