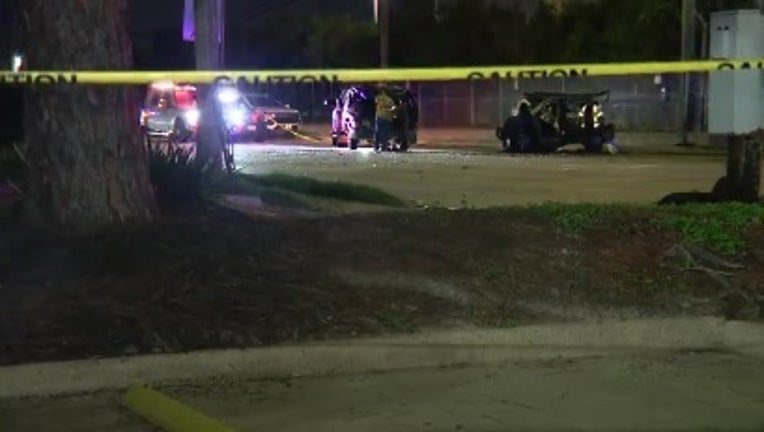 Photo from the scene on Brittmore in northwest Houston.

HOUSTON - One man is dead, and a woman is in the hospital following a two-vehicle crash in northwest Houston on Monday afternoon.

According to Houston police, the crash occurred on the 2300 block of Brittmore Road around 5 p.m.

Police said when they arrived on the scene, they located a Honda Odyssey and a Jeep Cherokee with major front-end damage.

The 32-year-old male driver of the van was pronounced dead at the scene.

The 32-year-old female driver of the Jeep was taken to the hospital by ambulance. Officials say her injuries are not believed to be life-threatening.

According to police, the man was driving the van at a high rate of speed northbound on Brittmore, and witnesses reported seeing him weaving in and out of traffic.

He reportedly swerved into the southbound lanes and struck the Jeep head-on, according to HPD.