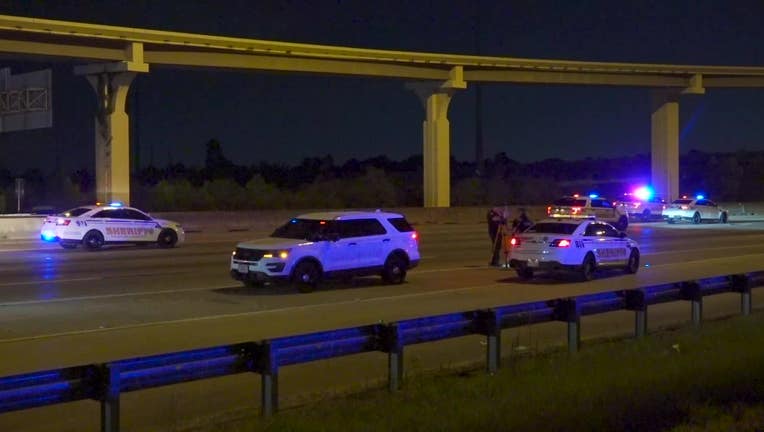 A woman died after she got out of her boyfriend’s pickup truck during an argument and was hit by two vehicles on the North Freeway, the Harris County Sheriff’s Office says.

According to authorities, the woman and her boyfriend were leaving from a bar and grill around 2:40 a.m. Monday and were arguing over relationship issues.

The boyfriend was driving and stopped the vehicle at an intersection near Crossington Way and the North Freeway Service Road, the sheriff’s office says.

Deputies say the woman got out of the pickup truck, ran across the service road, and ran on the main lanes of the North Freeway.

Authorities say a Chevrolet Malibu struck the woman, and a Honda Odessey struck her seconds after.

The woman died at the scene from her injuries.

The drivers who hit the woman showed no signs of intoxication, the sheriff’s office says.