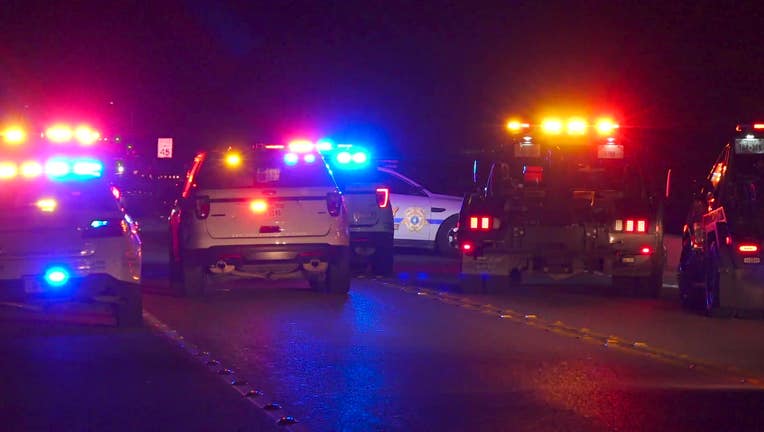 CROSBY, Texas - The Harris County Sheriff's Office says a driver died after she was ejected from her vehicle during a crash near Crosby, and another driver involved in the crash fled the scene.

Authorities say a woman driving a Kia Rio exited a parking lot onto FM 2100 but did not yield to a Ford Explorer that was traveling northbound on the roadway.

According to the sheriff’s office, the Ford Explorer struck the car, and the driver of the Kia Rio was ejected from her vehicle. Investigators say she was not wearing a seatbelt at the time of the crash.

The sheriff’s office says the driver of the Ford Explorer initially stayed at the scene but later got into an older model blue pickup truck and fled the scene.

Authorities are searching for the pickup truck driver, who is described as a Hispanic male, in his 20s, with a slim build.

According to the sheriff’s office, the driver of the Ford Explorer had the right of way on the roadway, but he is facing failure to stop and render assistance charges because he left the scene.