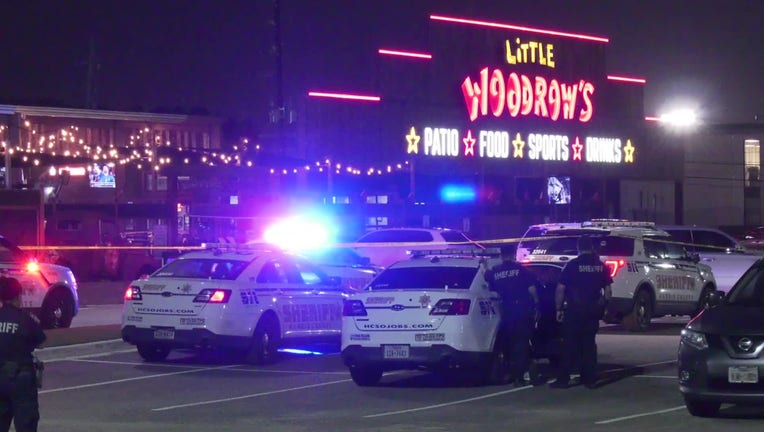 TOMBALL, Texas - A bouncer and a customer were shot outside of Little Woodrow’s in Tomball following an argument among a group of men, authorities say.

According to the Harris County Sheriff’s Office, four customers in the business got into an argument and it led out into the parking lot.

Deputies say the manager and a bouncer separated the men, and two of the men got into a vehicle.

According to the sheriff’s office, as the suspect vehicle drove away, someone in the vehicle fired multiple shots.

The bouncer and one of the customers involved in the altercation were shot, authorities say. They were both taken to the hospital and were last reported to be in stable condition.

The suspects fled the scene. The sheriff's office did not release a description of the suspects or the suspect vehicle.