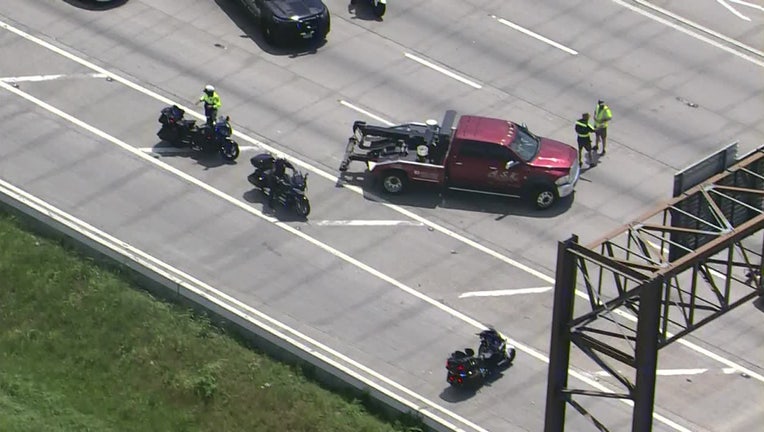 THE WOODLANDS, Texas - A Harris County motorcycle deputy was injured in a crash during an escort of another deputy near The Woodlands on Wednesday, the sheriff’s office says.

PREVIOUS: Deputy dies after crash with 18-wheeler on 249 near Spring Cypress

The crash occurred in the 26600 block of the I-45 North Freeway near Woodlands Parkway.

According to Sheriff Ed Gonzalez, it happened while authorities were escorting another deputy, who was killed in a crash with an 18-wheeler on State Highway 249 near Spring Cypress earlier that afternoon.

The second officer, we're told, was taken to the hospital in fair condition.

Several northbound lanes of the North Freeway were shut down as a result. 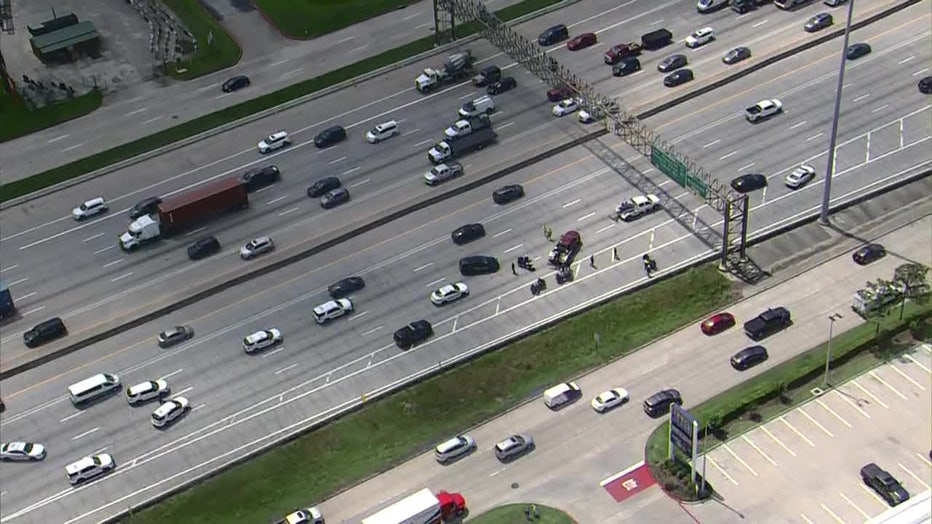