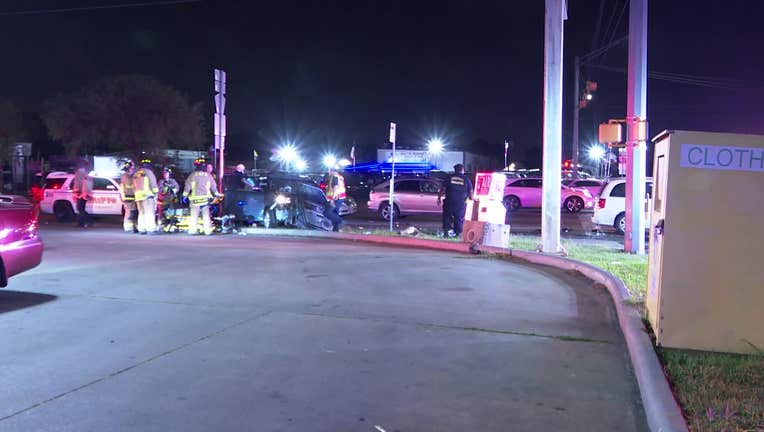 A pursuit ends in a crash at Eldridge Parkway and Bellaire.

HOUSTON - A Harris County chase ended in a multi-vehicle crash that sent two innocent people to the hospital, officials say.

The crash occurred around 11:15 p.m. Wednesday near the intersection of Eldridge Parkway and Bellaire.

Deputies were in pursuit of a white minivan when it crashed at the intersection. According to the Community Volunteer Fire Department, four vehicles were involved in the crash.

The fire department says two innocent people were transported to the hospital. They were last reported to be in stable condition.

The suspect fled on foot after the crash, and authorities set up a perimeter to try to locate that person. The search continues.