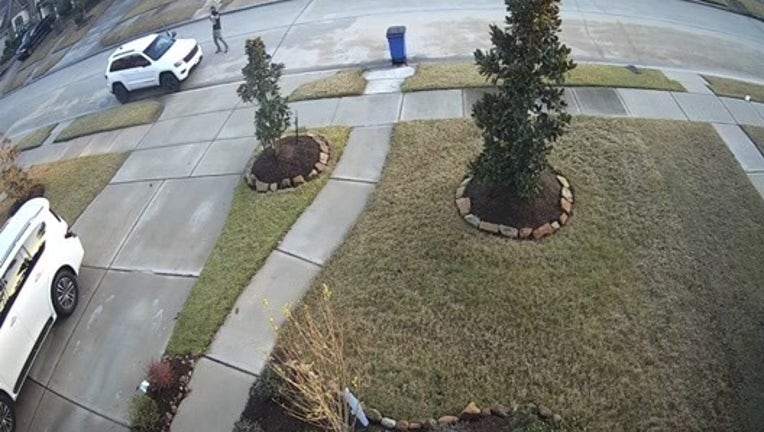 According to Constable Mark Herman’s Office, they responded to the 17700 block of Sequoia Kings Drive in reference to a discharge of a firearm.

Before deputies arrived, they located multiple spent shell casings in the roadway and spotted a home and vehicle with damage by the shots that were fired.

Video surveillance captured the male suspect driving up to the home in a white Jeep Grand Cherokee, exiting the vehicle, and firing multiple rounds towards the home.

Surveillance video in one Harris County neighborhood captured a suspect driving up to a home, getting out and firing multiple shots toward a vehicle and the home. Now, authorities are looking for the shooter.

If you have any information on this case, you’re asked to contact police.